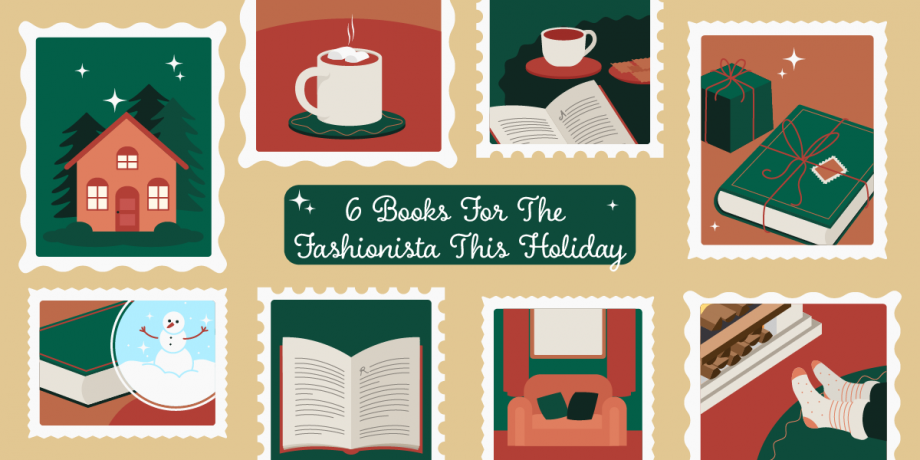 If picking out clothes for that fashionista in your life is too much pressure, we have you covered. What is better to accessorize an outfit than a good book?! They never go out of style and they can dress up, and down, an outfit. They also can be the best conversation starter or the best way to stop a conversation *opens book* 😏.

1910, Mexico. As the country’s revolution spreads, Dolores, the daughter of a wealthy banker, must flee her comfortable life in Durango or risk death. Her family settles in Mexico City, where, at sixteen, she marries the worldly Jaime del Río. But in a twist of fate, at a party she meets an influential American director who recognizes in her a natural performer. He invites her to Hollywood, and practically overnight, the famous Miss del Río is born.

In California, Dolores’s star quickly rises, and her days become a whirlwind of moviemaking and glamorous events. Swept up in Tinseltown’s glitzy inner circle, she takes her place among film royalty such as Marlene Dietrich and Orson Welles. But as her career soars to new heights, her personal life becomes increasingly complicated, with family tragedy, painful divorce, and real heartache. And when she’s labeled box office poison amid growing prejudice before WWII, Dolores must decide what price she’s willing to pay to achieve her dreams and if her heart and future instead lie where it all began…in Mexico.

Spanning half a century and narrated by Dolores’s fictional hairdresser and longtime friend, Miss del Río traces the life of a trailblazing woman whose legacy in Hollywood and in Mexico still shines bright today.

Liking Myself Back by Jacey Duprie

Entrepreneur and lifestyle influencer Jacey Duprie shares her inspiring journey of going from farm girl to fashion icon and her lessons about personal growth and self-made success.

With millions of followers and a thriving lifestyle brand, Damsel in Dior,  Jacey Duprie is one of today’s top fashion influencers. Her beautiful Instagram photos capture a life of glamour, luxury and elegance. But Jacey’s life offline has been far from perfect.

In this candid memoir, Jacey reveals that behind her gorgeously curated photos was a woman struggling with deep insecurities. She shares intimate details of a difficult childhood growing up in rural Texas with an alcoholic father and her own battles with PTSD and mental health. Through resilience, hard work and self-reflection, Jacey eventually triumphed to become the strong, empowered woman she is today.

In Liking Myself Back, Jacey takes readers behind the scenes into the seductive world of fashion and influencing, and reveals how she overcame hardship to achieve her dreams. With raw emotional honesty, Jacey shows that conquering self-doubt and embracing your imperfect, authentic self is not only possible, but is the true key to happiness.

“[A] 9 to 5 for the Instagram generation… Darkly funny and bitingly modern.” —Andrea Bartz, author of Reese’s Book Club Pick We Were Never Here