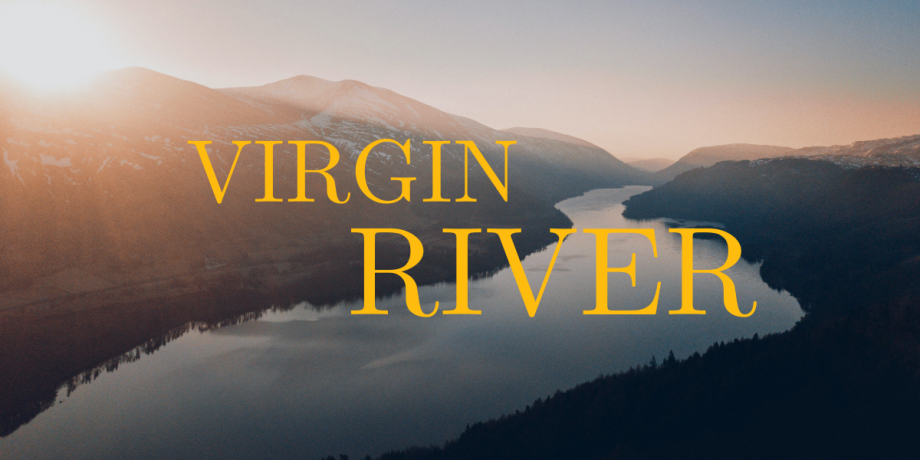 Okay, Virgin River fans, this blog post is for you! If you’re like us, you’ve binged seasons 1-3 in anticipation of tomorrows release of season 4, but what about after? We all know we’re going to finish this season in a day (two tops), then what do we do? Don’t you worry! We have the next three books releasing of the series so you won’t have to wait to find out! Enjoy your exclusive sneak peak, because let’s be honest, you’re our favorites 😉.

Welcome back to Virgin River with the books that inspired the hit Netflix series…The community of Virgin River saw Vanessa Rutledge through her darkest days—now she’s looking to a bright future.In the space of a few months Vanessa buried her husband, Matt, and gave birth to their son—breaking her heart while filling it with a whole new kind of love. But the one man she longs to share this love with now acts as if she doesn’t exist.Paul Haggerty lives by the marine motto: Semper Fi. Ever faithful to his best friend, he’s done right by Matt’s widow as best he can…considering he’s been secretly in love with her for years. Now, just as he’s about to make his move, another woman has staked her claim on him—a claim that will be tough to escape.With courage, humility and not a little meddling from the good folks of Virgin River, Vanni and Paul might just get a second chance to have the love they both desire and deserve.

Shelby McIntyre has big plans—plans that include finding Mr. Right. Her dream man will have a clean-shaven jaw, creases in his pants and hopefully an advanced degree. What she gets is rugged Luke Riordan.

At twenty-five, after five years as her mother’s caregiver, it’s time for Shelby to experience freedom and adventure. Time for travel, college and romance. But when she visits Virgin River, she runs into Luke Riordan, decidedly not whom she has in mind.

A handsome Black Hawk pilot, Luke exited the army after twenty years, four wars and having been shot out of the sky three times. At thirty-eight, he’s tough and jaded. His major was in one-night stands, with a minor in commitment avoidance.

Technically, these two are all wrong for one another. But sometimes what you want and what you need are two different things…two very good things.

Marine corporal Rick Sudder is home early from Iraq—his tour ended abruptly on the battlefield. The carefree boy is gone, replaced by a man who believes his future is as bleak as his mirror image. But can the passion and commitment of a young woman who has never given up on him mend his broken body and shattered heart?

As the people of Virgin River rally around Rick, another recent arrival tests the tightly knit mountain town’s famous welcoming spirit. Dan Brady has a questionable past, and he’s looking for a place to start over. He’d like it to be Virgin River…if he can find a way in. But he never expects to find it in the arms of a woman who was as much an outcast as himself.

For a favorite son returned from war and an outsider looking for a home, Virgin River offers them a chance to make peace with the men they once were…and to find the dreams they thought they’d lost.

Need To Catch Up? We Have You Covered

John “Preacher” Middleton is closing Jack’s Bar when a woman and her young son come in out of the wet night. A marine who has seen his share of pain, Preacher knows a crisis when he sees one—the woman is covered in bruises. He wants to protect them and to punish whoever did this, but he knows immediately that this is more than just instinct. Paige Lassiter has stirred up emotions in this gentle giant of a man—emotions that he has never allowed himself to feel.

Then Paige’s ex-husband turns up in Virgin River. And if there’s one thing the marines’ motto of Semper Fidelis—always faithful—has taught Preacher, it’s that some things are worth fighting for.

Welcome back to Virgin River with the books that started it all… Rediscover the romances and friendships of this small California town from #1 New York Times bestselling author Robyn Carr. Now a Netflix Original Series!

Virgin River became a safe haven for Sacramento prosecutor Brie Sheridan after she nearly lost her life at the hands of a crazed criminal. Though tough and courageous, she has some fears she can’t escape—but now she has someone who wants to show her just what it means to trust again.

A decorated marine reservist, LAPD officer Mike Valenzuela was badly wounded in the line of duty. When he agrees to become Virgin River’s first cop, he does so knowing it’s time he settled down. Twice divorced and the lover of too many women, he secretly longs for the kind of commitment and happiness his marine buddies have found—a woman who can tie up his heart forever.

Mike will do anything to help Brie free herself from painful memories. Passionate, strong and gentle, he vows to give back to her what she’s so selflessly given him—her heart, and with it, a new beginning.

Last Christmas Marcie Sullivan said a final goodbye to her husband, Bobby. This Christmas she wants to find the man who saved his life and gave her three more years to love him.

Fellow marine Ian Buchanan dragged Bobby’s shattered body onto a medical transport four years ago, then disappeared once their unit arrived stateside. Since then, Marcie’s letters to Ian have gone unanswered.

Marcie tracks Ian to the tiny mountain town of Virgin River and finds a man as wounded emotionally as Bobby was physically. As Marcie pushes her way into his reclusive life, she discovers a sweet soul beneath a rough exterior.

Ian doesn’t know what to make of the determined young widow who forces him to look into his painful past and the uncertain future. But it is a season of miracles and maybe, just maybe, it’s time to banish the ghosts and open his heart.

We can’t be the only ones who snack while they binge read/watch? What’s your snack of choice? Tell us down in the comments!