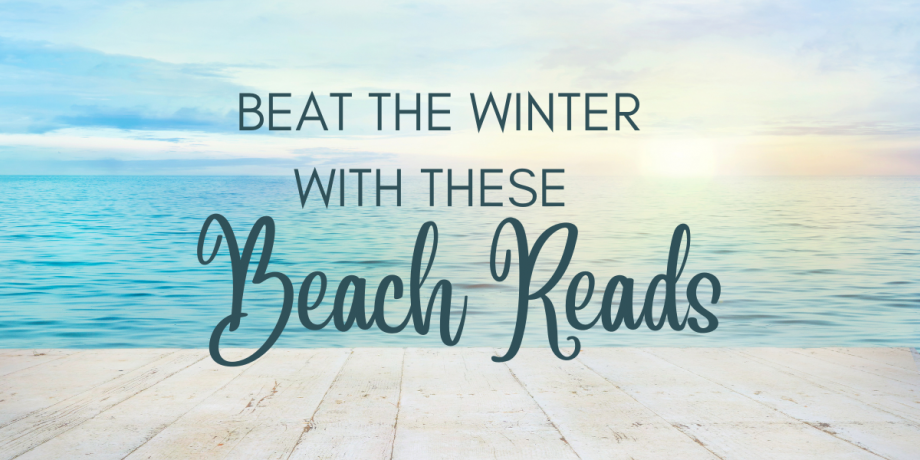 It’s January and for most of us, it’s grey and cold and a little bit miserable. So, let’s transport ourselves to somewhere warm! Feel the sand between your toes and sun warming your cheeks with these beautiful, escapist summer reads ☀️

The Seaside Library by Brenda Novak

There are secrets that bring friends together, and others that drive them apart…

Mariners Island is barely ten miles long, but when Ivy, Ariana and Cam were teenagers, it was their whole world. Beyond the pristine beaches and iconic lighthouse lies the beautiful old library that belongs to Ivy’s family. While that bound Ivy to the island as an adult, Ariana could not leave Mariners behind fast enough. The town holds too many…memories. Not only her unrequited feelings for Cam, but the tragedy that left a scar on the community.

When a young girl went missing, a teenage Cam was unthinkably the prime suspect. Ariana and Ivy knew he couldn’t have hurt anyone, and they promised to protect him—even if it meant lying on his behalf.

Now, twenty years later, Ariana returns to Mariners just as new evidence emerges on the case, calling into question everything the three friends thought they knew—and everyone they thought they could trust. What really happened that night? Over the course of one eventful summer, Ariana, Ivy and Cam will learn the truth—about their pasts, their futures and the ties that still bind them as closely as the pages of a book…

Sometimes love needs some time to bloom. Get swept up in these two stories of women finding someone when they are finally ready to love again.

For All My Tomorrows

Lynn Danfort had always counted on the cop she loved, but then her husband was killed in the line of duty, leaving Lynn a widow and a single mom. Now, three years later, Ryder Matthews, her husband’s partner and best friend, is back in town—and he seems interested in having a place in Lynn’s life. The truth is, Ryder’s in love with her. She’s just not sure if she’s ready to love him.

Marriage is an experience that single mom Joanna Parsons doesn’t plan to repeat, no matter what her daughter thinks. Tanner Lund feels the same way. Like Joanna, he got divorced after a short, disastrous marriage, and he’s raising his daughter alone. But the girls have other plans in mind—and it involves the best friends becoming sisters. Both Tanner and Joanna are determined to avoid marriage, yet there’s no resisting their growing attraction…

Summer On The Island by Brenda Novak

“Welcome spring with the newest treat from Brenda Novak. This is the book her fans, old and new, have been waiting for.  A big, tantalizing read!”—Susan Elizabeth Phillips, New York Times bestselling author

A summer of healing, friendship, love…and a secret that could change everything.

After the death of her US senator father, Marlow Madsen travels to the small island off the coast of Florida where she spent summers growing up to help her mother settle the family estate. For Marlow, the trip is a chance to reconnect after too long apart. It’s also the perfect escape to help her feel grounded again—one she’s happy to share with friends Aida and Claire, who are hoping to hit reset on their lives, too.

A leisurely beachfront summer promises the trio of women the opportunity to take deep healing breaths and explore new paths. But when her father’s will reveals an earth-shattering secret that tarnishes his impeccable reputation and everything she thought she knew about her family, Marlow finds herself questioning her entire childhood—and aspects of her future. Fortunately, her friends, and the most unlikely love interest she could imagine, prove that happiness can be found no matter what—as long as the right people are by your side.