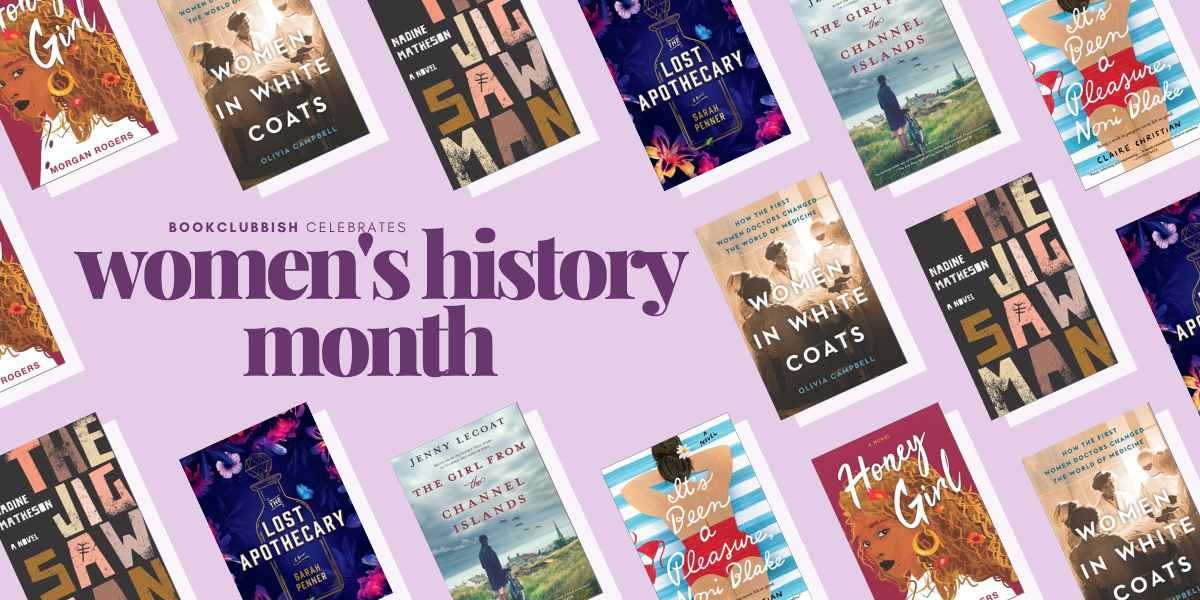 International Women’s Day may be March 8 but that doesn’t mean we can’t celebrate some of the best books written by female writers any time of the year! We’ve pulled together our top women’s fiction, literary fiction, historical fiction, and more—all written by female authors we love and admire.

“HONEY GIRL is an emotional, heartfelt, charming debut, and I loved every moment of it.”
— Jasmine Guillory, New York Times bestselling author of The Proposal

One of the Good Ones by Maika Moulite & Maritza Moulite

For fans of Hidden Figures and Radium Girls comes the remarkable story of three Victorian women who broke down barriers in the medical field to become the first women doctors, revolutionizing the way women receive health care.

In the early 1800s, women were dying in large numbers from treatable diseases because they avoided receiving medical care. Examinations performed by male doctors were often demeaning and even painful. In addition, women faced stigma from illness—a diagnosis could greatly limit their ability to find husbands, jobs or be received in polite society.

Motivated by personal loss and frustration over inadequate medical care, Elizabeth Blackwell, Elizabeth Garrett Anderson and Sophia Jex-Blake fought for a woman’s place in the male-dominated medical field. For the first time ever, Women in White Coats tells the complete history of these three pioneering women who, despite countless obstacles, earned medical degrees and paved the way for other women to do the same. Though very different in personality and circumstance, together these women built women-run hospitals and teaching colleges—creating for the first time medical care for women by women.

With gripping storytelling based on extensive research and access to archival documents, Women in White Coats tells the courageous history these women made by becoming doctors, detailing the boundaries they broke of gender and science to reshape how we receive medical care today.

Who’s your favorite female author? Let us know in the comments below.

One thought on “10 Books by Fierce Female Authors You’ll Love!”