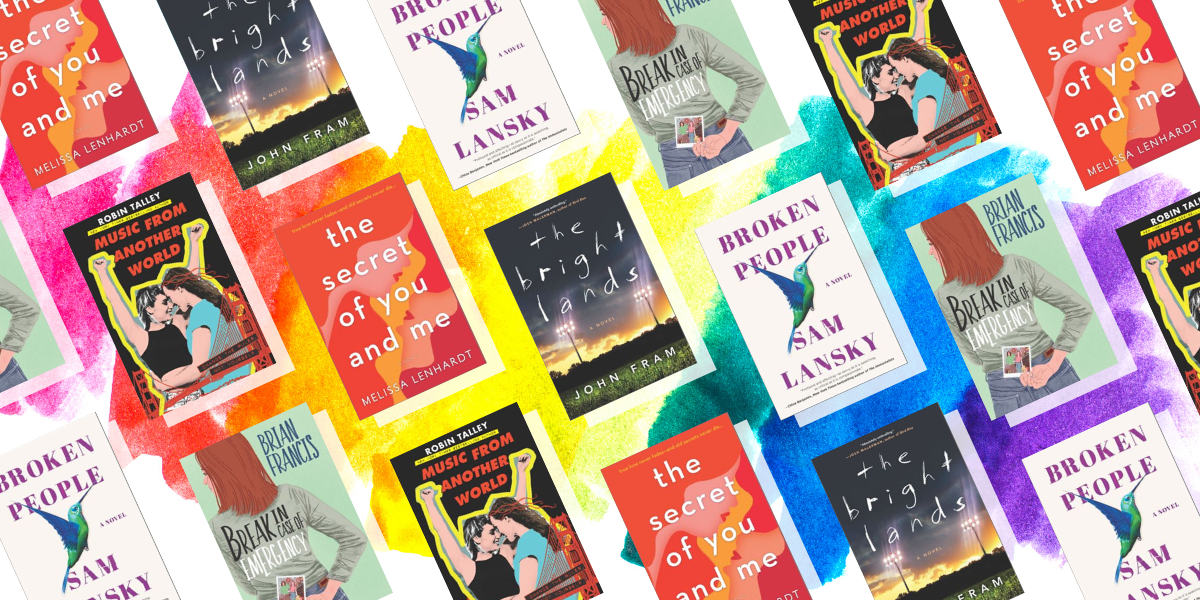 Pride Month is here! How are you celebrating? If you’re like us, you definitely appreciate when LGTBQ+ characters are represented well in literature. These 5 amazing books are perfect selections for not just Pride Month but beyond!

A groundbreaking, incandescent debut novel about coming to grips with the past and ourselves, for fans of Sally Rooney, Hanya Yanagihara and Garth Greenwell

“He fixes everything that’s wrong with you in three days.”

This is what hooks Sam when he first overhears it at a fancy dinner party in the Hollywood hills: the story of a globe-trotting shaman who claims to perform “open-soul surgery” on emotionally damaged people. For neurotic, depressed Sam, new to Los Angeles after his life in New York imploded, the possibility of total transformation is utterly tantalizing. He’s desperate for something to believe in, and the shaman—who promises ancient rituals, plant medicine and encounters with the divine—seems convincing, enough for Sam to sign up for a weekend under his care.

But are the great spirits the shaman says he’s summoning real at all? Or are the ghosts in Sam’s memory more powerful than any magic?

At turns tender and acid, funny and wise, Broken People is a journey into the nature of truth and fiction—a story of discovering hope amid cynicism, intimacy within chaos and peace in our own skin.

Break in Case of Emergency by Brian Francis

Set in a small town in the 1990s, this is the story of a girl on the edge—of a breakdown, of family secrets, of learning who she really is.

Life has been a struggle for Toby Goodman. Her mother died by suicide five years ago, and her father left before Toby was born. Now a teenager living on her grandparents’ dairy farm, Toby has trouble letting people in. Convinced that she is destined to follow her mother’s path, she creates a plan to escape her pain.

But with the news that her father is coming home and finally wants to meet her, Toby learns the truth of her parents’ story. Her father is gay and a world-famous female impersonator—in a time when these facts are a source of small-town whispers and secrets, and not something anyone had dared talk with her about before.

As her careful plans go awry, Toby must rebuild her life from the ground up. While she might not follow an expected path, with the support of a quirky but lovable circle of friends and family, Toby will finally put together the many different pieces that make up her past, her present and her future.

The Secret of You and Me by Melissa Lenhardt

Nora hasn’t looked back. Not since she fled Texas to start a new life. Away from her father’s volatile temper and the ever-watchful gaze of her claustrophobically conservative small town, Nora has freed herself. She can live—and love—however she wants. The only problem is that she also left behind the one woman she can’t forget. Now tragedy calls her back home to confront her past—and reconcile her future.

Sophie seems to have everything—a wonderful daughter, a successful husband and a rewarding career. Yet underneath that perfection lies an explosive secret. She still yearns for Nora—her best friend and first love—despite all the years between them. Keeping her true self hidden hasn’t been easy, but it’s been necessary. So when Sophie finds out that Nora has returned, she hopes Nora’s stay is short. The life she has built depends on it.

But they both find that first love doesn’t fade easily. Memories come to light, passion ignites and old feelings resurface. As the forces of family and intolerance that once tore them apart begin to reemerge, they realize some things may never change—unless they demand it.

What’s your favorite story featuring LGTBQ+ characters? Let us know in the comments below!

One thought on “5 Amazing LGTBQ+ Reads to Celebrate Pride Month and Beyond!”