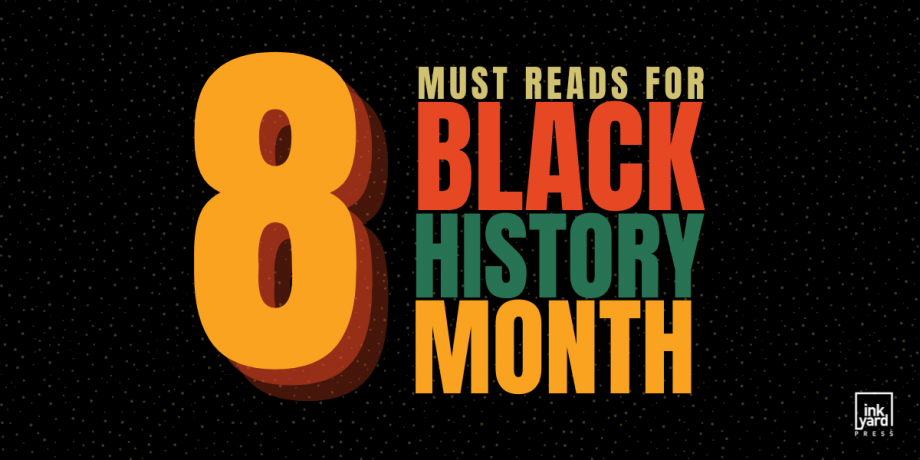 Looking for books to read this Black History Month? We have you covered. Scroll below for eight-must read YA titles to celebrate Black voices. With varied stories featuring many facets of life in America, these books are the perfect reads to pick up to celebrate Black authors and stories this month (and all year!).

This incendiary YA fantasy debut follows a girl who will stop at nothing to save her village after it’s discovered by a dangerous warlord and his army of undead monsters.

Naira Khoum has only known life in Lagusa, a quiet village at the desert’s end. But to the rest of the world, Lagusa is a myth, its location shrouded in secrecy. While war rages to the north led by power-hungry Sothpike and his army of undead monsters called Dambi, Naira’s people live in peace.

Until the impossible happens—Lagusa is attacked by a Mistress sent to do Sothpike’s bidding with a hoard of Dambi under her control. The Mistress is looking for something, and she’s willing to let her Dambi destroy Lagusa to get it.

Desperate to protect her home, Naira convinces her twin brother Nez and handsome refugee Kal to join the newly formed resistance with her. Together, they’ll have to figure out what the Mistress wants—before there’s nothing left of Lagusa to save.

The Wrong Kind of Weird by James Ramos

Cameron Carson has a secret. A secret with the power to break apart his friend group.

Cameron Carson, member of the Geeks and Nerds United (GANU) club, has been secretly hooking up with student council president, cheerleader, theater enthusiast, and all-around queen bee Karla Ortega since the summer. The one problem—what was meant to be a summer fling between coffee shop coworkers has now evolved into a clandestine senior-year entanglement, where Karla isn’t intending on blending their friend groups anytime soon, or at all.

Enter Mackenzie Briggs, who isn’t afraid to be herself or wear her heart on her sleeve. When Cameron finds himself unexpectedly bonding with Mackenzie and repeatedly snubbed in public by Karla, he starts to wonder who he can truly consider a friend and who might have the potential to become more…

A literal star-studded anthology that delivers a love story for every star sign straight from the hearts of thirteen multicultural YA authors.

A haunted Aquarius finds love behind the veil. An ambitious Aries will do anything to stay in the spotlight. A foodie Taurus discovers the best eats in town (with a side of romance). A witchy Cancer stumbles into a curious meet-cute.

Whether it’s romantic, platonic, familial, or something else you can’t quite define, love is the thing that connects us. All Signs Point to Yes will take you on a journey from your own backyard to the world beyond the living as it settles us among the stars for thirteen stories of love and life.

These stories will touch your heart, speak to your soul, and have you reaching for your horoscope forevermore.

You Truly Assumed by Laila Sabreen

“You Truly Assumed is a beautiful portrayal of the multitude of ways to be Black and Muslim while navigating our contemporary world. A must-read for everyone.”—Adiba Jaigirdar, author of The Henna Wars

One of the Good Ones by Maika and Maritza Moulite

“One of the Good Ones is magic.” —Damon Young, author of What Doesn’t Kill You Makes You Blacker

The Kindred by Alechia Dow

To save a galactic kingdom from revolution, Kindred mind-pairings were created to ensure each and every person would be seen and heard, no matter how rich or poor…

Joy Abara knows her place. A commoner from the lowly planet Hali, she lives a simple life—apart from the notoriety that being Kindred to the nobility’s most infamous playboy brings.

Duke Felix Hamdi has a plan. He will exasperate his noble family to the point that they agree to let him choose his own future and finally meet his Kindred face-to-face.

Then the royal family is assassinated, putting Felix next in line for the throne…and accused of the murders. Someone will stop at nothing until he’s dead, which means they’ll target Joy, too. Meeting in person for the first time as they steal a spacecraft and flee amid chaos might not be ideal…and neither is crash-landing on the strange backward planet called Earth. But hiding might just be the perfect way to discover the true strength of the Kindred bond and expose a scandal—and a love—that may decide the future of a galaxy.

“If you love a good enemies-to-lovers trope, run—don’t walk—to the nearest bookstore or library near you.” —BuzzFeed

When Tyson Trice finds himself tossed into the wealthy community of Pacific Hills, he expects not to belong. Not that he cares. After recovering from being shot and surviving the rough streets of Lindenwood, he doesn’t care about anyone or anything.

Golden girl Nandy Smith has spent most of her life building the pristine image it takes to make it in Pacific Hills. After learning that her parents are taking in a troubled teen boy, Nandy fears her summer plans and her reputation will go up in flames.

The wall between their bedrooms feels as thin as the line between love and hate. But their growing attraction won’t be denied. Soon Trice is bringing Nandy out of her shell and Nandy’s trying to melt the ice around Trice’s heart. But with the ever-present pull back to Lindenwood, it’ll be a wonder if Trice makes it through this summer at all.

Tell us which books you’re going to add to your TBR in the comments below!