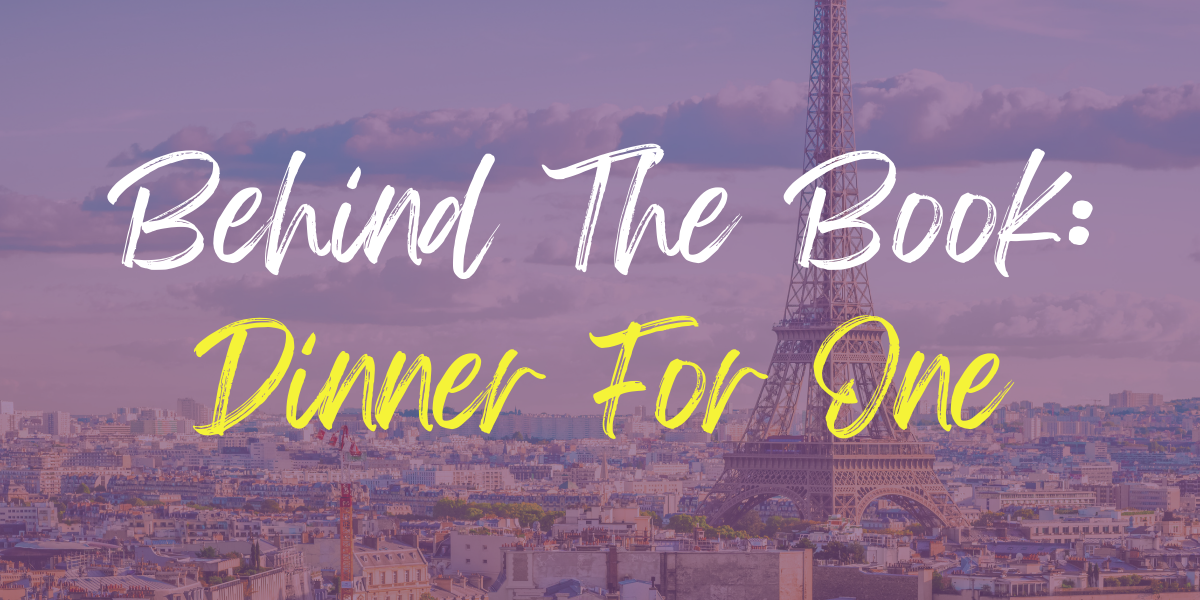 FINDING STRENGTH AND KINDNESS IN COOKING DINNER FOR ONE

The moment you find yourself looking into the eyes of your person–the person you’ve decided was the love of your life–and declaring and promising to them, the officiant, your family, and friends that your love will last a lifetime and include physical manifestations of said love in the form of mini-people I doubt divorce ever crosses one’s mind. Divorce, like any other life tragedy, is something that one understands could potentially happen to them but they never think it will.

So, when I found myself alone and divorced in Paris three years after declaring my love and making my promises in the city hall of the 15th arrondissement I was bereft. The future I had envisioned for myself and my now ex-husband evaporated into thin air. The hope I held in my heart of experiencing the most remarkable exploration of devotion and love that two human beings can give to each other was no longer an option. And what about the mini-mes? I began the daily exercise of removing potential baby names from the Notes section of my iPhone.

Like any tragedy, there are many ways of confronting, accepting, and healing. Some people go to yoga retreats. Others maybe devote themselves to a new hobby or set a new fitness goal. However, my companion, crutch, and, ultimately my downfall, was on the less healthy spectrum. I chose denial, partying, and wine as my partners in recovery. Suffice to say, the initial months of my breakup come back to me in fast flashes of regret that I so badly want to forget and expunge from my memory but I know that I never will. I need to remember the lowest point of my life in order fully appreciate where I am today.

After one particularly debaucherous night out in Paris, I realized that I needed to look inward. I needed to take care of myself and bestow kindness onto myself. For me, that came in the form of cooking. The act of taking the time out of my schedule to buy actual food–nothing in a can, box, or pre-prepared–and going back to my apartment made me feel capable and responsible. Every meal that I made for myself, no matter how simple, was proof that if I could do this simple yet meaningful task for myself I was capable of surviving the tornado that had recently touched down in my life. So my nights out at the various cafés that dot the cobblestone streets of Paris were replaced with nights standing in my red-and-white tiled kitchen trying to figure out what to do with the morilles (morel mushrooms) and violet-colored garlic the man at the greengrocer convinced me to buy.

When I could have easily gone to a restaurant and surrounded myself with people or continue my hunt for husband number two, I was using this time to reconnect with myself. My dinners for one went far beyond putting food in my stomach; they nursed my body, heart, and spirit and propelled me into action.  The meditative act of cooking for myself gave me the time to reflect and brought an immeasurable about of good to my life. In those reflective moments of stirring, tasting, searing, and roasting  I realized that my life was mine to design, and my success in Paris depended on genuinely believing that I belonged and deserved to be here. I was slowly coming home to myself.

Although my love story didn’t continue as I hoped it would, through the agony of divorce and finding peace through cooking for one I’ve learned the true meaning of caring for myself. The practice of cooking for one brought me so much good. Making solo dinners gave me the courage to not succumb to my divorce, but to transform through it.  I stopped punishing myself and replaced self-harm with kindness and compassion. From the darkness of divorce and love lost came a deeper understanding of who I am and a love of myself that I didn’t know was missing, but I am forever grateful that I discovered and wholly embraced them.

Dinner for One by Sutanya Dacres

From podcast host Sutanya Dacres comes Dinner for One, an unforgettable memoir of how she rebuilt her life after her American-in-Paris fairy tale shattered, starting with cooking dinner for herself in her Montmartre kitchen

When Sutanya Dacres married her French boyfriend and moved to Paris at twenty-seven, she felt like she was living out her very own Nora Ephron romantic comedy. Jamaican-born and Bronx-raised, she had never dreamed she herself could be one of those American women in Paris she admired from afar via their blogs, until she met the man of her dreams one night in Manhattan. A couple of years later, she married her Frenchman and moved to Paris, embarking on her own “happily-ever-after.” But when her marriage abruptly ended, the fairy tale came crashing down around her.

Reeling from her sudden divorce and the cracked facade of that picture-perfect expat life, Sutanya grew determined to mend her broken heart and learn to love herself again. She began by cooking dinner for one in her Montmartre kitchen. Along the way, she builds Parisienne friendships, learns how to date in French, and examines what it means to be a Black American woman in Paris—all while adopting the French principle of pleasure, especially when it comes to good food, and exploring what the concept of self-care really means.

Brimming with charm, humor, and hard-won wisdom, Sutanya’s story takes you on an adventure through love, loss, and finding where you truly belong, even when it doesn’t look quite how you expected.

Share your favorite thing to cook yourself down below!