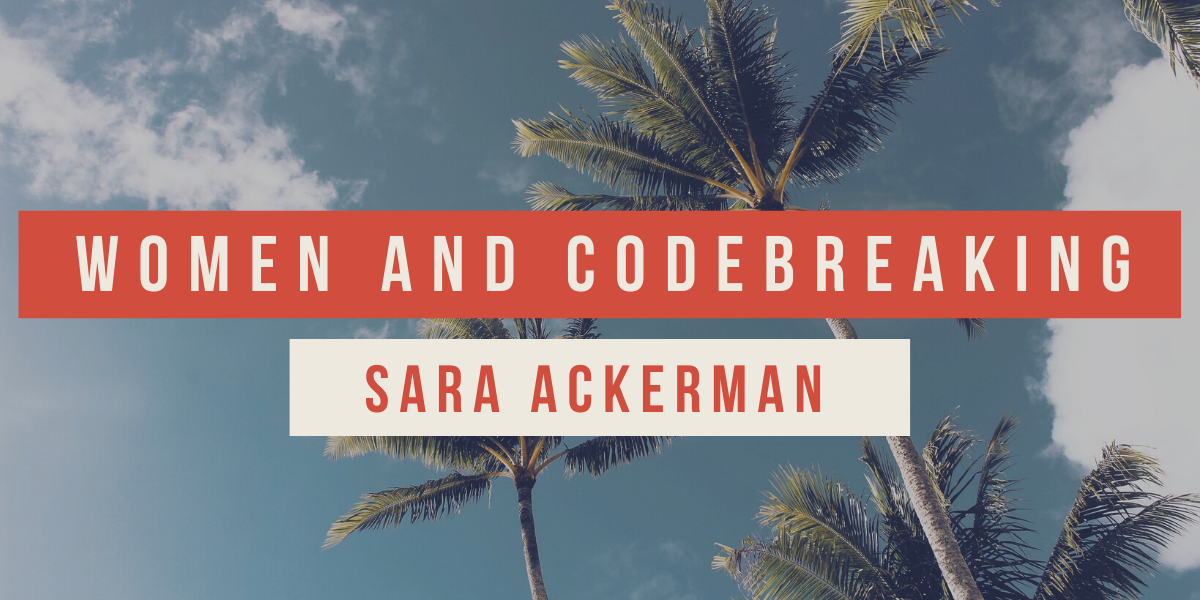 Do you know the difference between a code and a cipher? This was one of the first things I had to wrap my head around in the early days of research for The Codebreaker’s Secret. Here’s what I found out: codes substitute arbitrary symbols (often numbers or letters) for the original message, and usually require a codebook to store the code. For example, code for Sara could be 7272, or as in the famous Japanese Wind codes during the war, East Wind Rain when broadcasted over the radio meant that war was imminent with the US. A cipher, on the other hand, uses an algorithm (aka a series of instructions) to alter the original message. For example, it could be to shift each letter by four. So A would be D, M would be O. While a code requires a codebook, a cipher requires a key—the instructions on how to transpose the message. Obviously, in war, codes and ciphers are extremely complicated and far more sophisticated, which makes the people that break them all the more impressive.

When beginning my research, I was surprised to find that by the end of WWII, the majority of our country’s codebreaking force was female. And while many people are familiar with the German cipher machine, Enigma, and the work done at Bletchley Park, few know of JN-25, the Japanese naval code that we were so furiously trying to crack. This code was thought to be so foolproof (using over thirty thousand five-numeral groups along with what they call additives to complicate things), that the Japanese Navy had a false sense of security when sending messages. But we did crack it (mostly), and in cracking it, we turned the tides and not only defeated Japan, but shortened the war. Countless women had a hand in this.

While learning about JN-25, which was known as a super cipher, I was in complete awe of the mental acuity that these codebreakers possessed. Codes are broken usually not by one person, but by a whole team of people––a collective effort of memory and brainpower, and years of hard work that lays the groundwork for moments of inspiration. During the war, many of these teams were women.

Though in my novel, my main character Isabel is fictional, I drew inspiration from several real women codebreakers. Agnes Meyer Driscoll is known as an early pioneer of codebreakers. She entered the navy during WWI and remained a leading cryptanalyst until 1949. Many of the men we know of for their work in Station Hypo at Pearl Harbor (Joe Rochefort and Edwin Layton among others) were trained by Agnes. Another groundbreaking codebreaker was Elizabeth Friedman, who had a long career with the government doing everything from monitoring international smuggling rings and bringing down the mob, to tracking the clandestine German network in South America during WWII. Also, in particular, I drew from the experience of Genevieve Grotjan, who worked for the Army’s Signal Intelligence and played a key role in cracking the Japanese Cipher machine, code name Purple (which I call Magenta in my book).

We throw around the word codebreaking so casually, and yet it is such complex and multifaceted work. My main character, Isabel Cooper, is a compilation of many of these brilliant and hardworking women who were barely recognized for all of their contributions. That’s the thing about top secret work—no one knows that you’re doing it, but often times, it’s the most important work of all.

I hope I have done them justice.