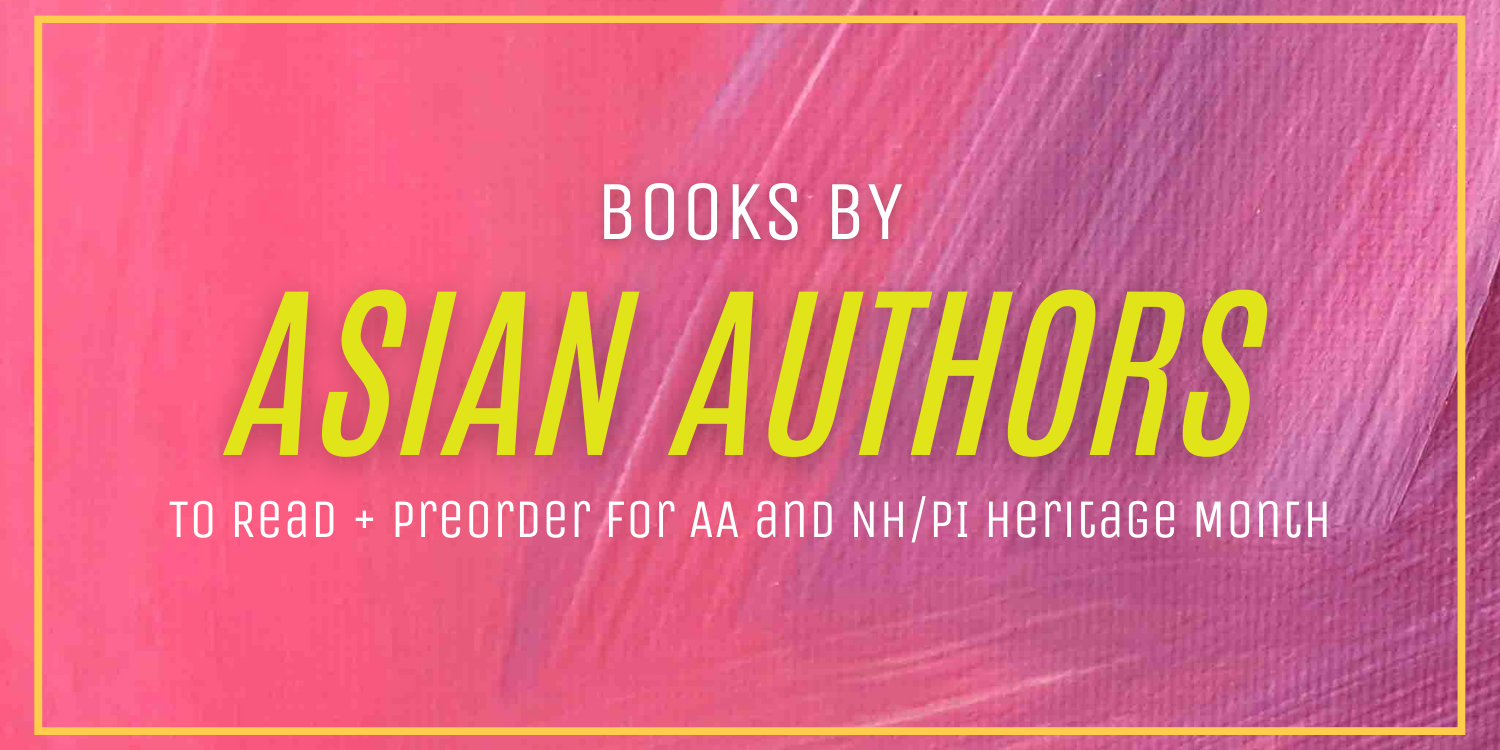 May is Asian American and Native Hawaiian/Pacific Islander Heritage Month! And we have some great books on our list by Asian authors. Check out the list below to see what books you should be reading and preordering this May (and all year long!).

THE KEEPER OF NIGHT

“Sharp and seductive…a fantasy with teeth.” —Julie C. Dao, author of Forest of a Thousand Lanterns

Death is her destiny.

Half British Reaper, half Japanese Shinigami, Ren Scarborough has been collecting souls in the London streets for centuries. Expected to obey the harsh hierarchy of the Reapers who despise her, Ren conceals her emotions and avoids her tormentors as best she can.

When her failure to control her Shinigami abilities drives Ren out of London, she flees to Japan to seek the acceptance she’s never gotten from her fellow Reapers. Accompanied by her younger brother, the only being on earth to care for her, Ren enters the Japanese underworld to serve the Goddess of Death…only to learn that here, too, she must prove herself worthy. Determined to earn respect, Ren accepts an impossible task—find and eliminate three dangerous Yokai demons—and learns how far she’ll go to claim her place at Death’s side.

The Empress of Time

In this riveting sequel to The Keeper of Night, a half Reaper, half Shinigami soul collector must defend her title as Japan’s Death Goddess from those who would see her—and all of Japan—destroyed.

Death is her dynasty.

Ren Scarborough is no longer the girl who was chased out of England—she is the Goddess of Death ruling Japan’s underworld. But Reapers have recently been spotted in Japan, and it’s only a matter of time before Ivy, now Britain’s Death Goddess, comes to claim her revenge.

Ren’s last hope is to appeal to the god of storms and seas, who can turn the tides to send Ivy’s ship away from Japan’s shores. But he’ll only help Ren if she finds a sword lost thousands of years ago—an impossible demand.

Together with the moon god Tsukuyomi, Ren ventures across the country in a race against time. As her journey thrusts her in the middle of scheming gods and dangerous Yokai demons, Ren will have to learn who she can truly trust—and the fate of Japan hangs in the balance.

COUNTING DOWN WITH YOU

In this sparkling and romantic YA debut, a reserved Bangladeshi-American teenager has twenty-eight days to make the biggest decision of her life after agreeing to fake date her school’s resident bad boy.

A Show For Two

“I can’t wait for readers to explore Hong Kong with Holly-Mei. I have no doubt they will love both as much as I did.” —Erin Entrada Kelly, 2018 Newbery Medalist and 2021 Newbery Honoree

Packed with humor and heart, this debut middle grade series follows a girl finding her place in a brand-new world of private school and frenemies when her family moves to Hong Kong.

Holly-Mei Jones couldn’t be more excited about moving to Hong Kong for her mother’s job. Her new school is right on the beach and her family’s apartment is beyond beautiful. Everything is going to be perfect . . . right?

Maybe not. It feels like everywhere she turns, there are new rules to follow and expectations to meet. On top of that, the most popular girl in her grade is quickly becoming a frenemy. And without the guidance of her loving Ah-ma, who stayed behind in Toronto, Holly-Mei just can’t seem to get it right.

It will take all of Holly-Mei’s determination and sparkle (and maybe even a tiny bit of stubbornness) to get through seventh grade and turn her life in Hong Kong into the ultimate adventure!

If You Could See The Sun

“Utterly unique, thought-provoking, and wonderfully written… a thrilling ride that hooked me from start to finish.” —Gloria Chao, author of American Panda and Rent a Boyfriend

In this genre-bending YA debut, a Chinese American girl monetizes her strange new invisibility powers by discovering and selling her wealthy classmates’ most scandalous secrets.

Alice Sun has always felt invisible at her elite Beijing international boarding school, where she’s the only scholarship student among China’s most rich and influential teens. But then she starts uncontrollably turning invisible—actually invisible.

When her parents drop the news that they can no longer afford her tuition, even with the scholarship, Alice hatches a plan to monetize her strange new power—she’ll discover the scandalous secrets her classmates want to know, for a price.

But as the tasks escalate from petty scandals to actual crimes, Alice must decide if it’s worth losing her conscience—or even her life.

Be honest, how many of these titles are in your cart right now? 😍. Tell us down below!