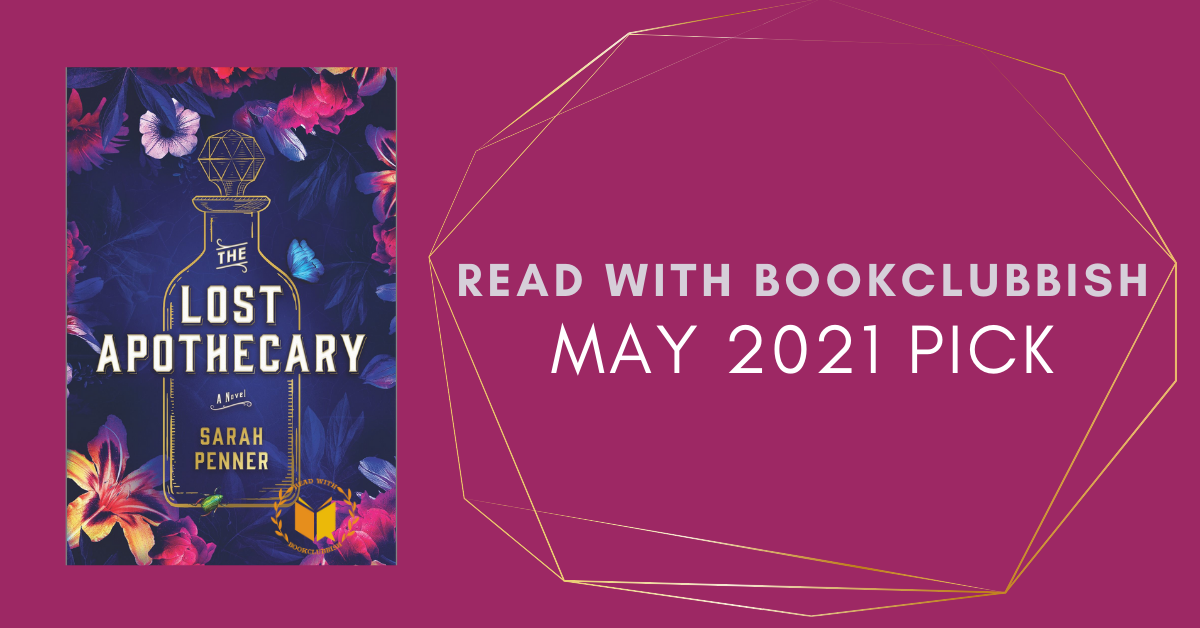 If you haven’t had the chance to read the book that everyone’s been talking about, read along with us! The Lost Apothecary by Sarah Penner hit the New York Times bestseller list when it first dropped in March and we’ve been hooked ever since. Take historical fiction, add a little bit of spice (read: suspense), and you’ve got your next favorite book.

ARE YOU READING ALONG WITH US THIS MONTH?

RSVP TO OUR FACEBOOK EVENT PAGE TO PARTICIPATE IN A LIVE CHAT WITH THE AUTHOR ON TUESDAY, MAY 25 AT 1:00 P.M. EST TO GET ALL YOUR QUESTIONS ANSWERED! CAN’T MAKE IT TO THE LIVE? NO PROBLEM! LEAVE A COMMENT BELOW WITH YOUR QUESTIONS FOR SARAH PENNER.

And, as always, don’t forget to join in on the conversation all month long on social by using the hashtag #ReadWithBookClubbish.

May 2021 Read With BookClubbish Pick: The Lost Apothecary by Sarah Penner

Spoiler alert! Read at your own risk.

Do you have a question you’d like to ask Sarah Penner? Let us know in the comments below!

4 thoughts on “Read With BookClubbish May 2021 Pick: The Lost Apothecary by Sarah Penner”