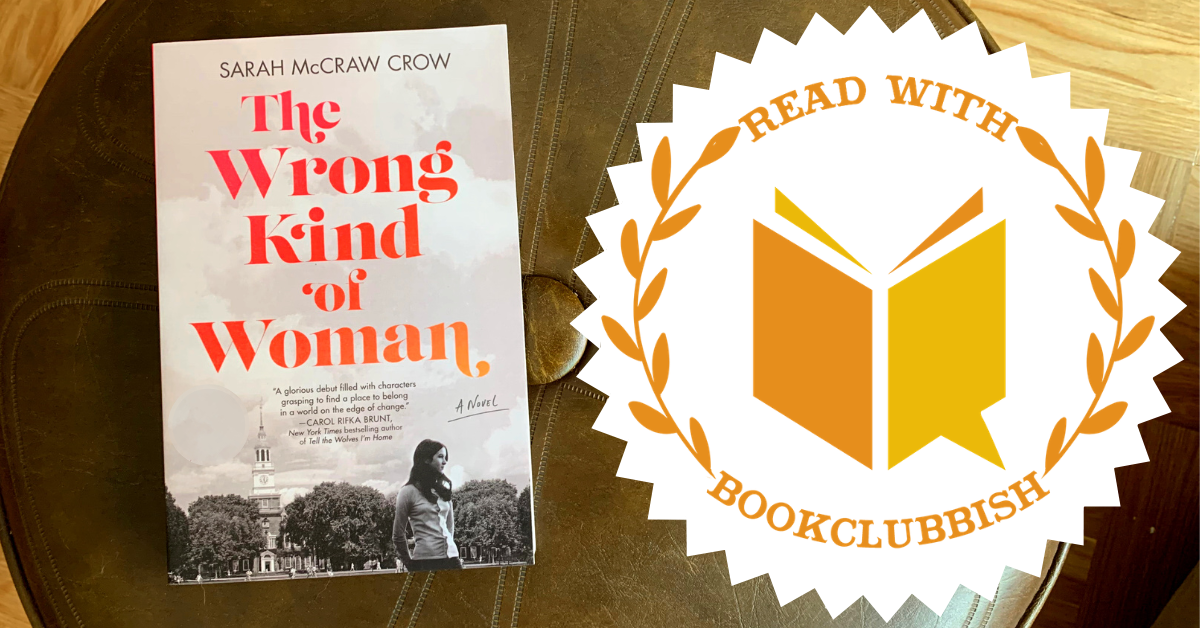 We’re going back to the 1970s this month with The Wrong Kind of Woman by Sarah McCraw Crow, our new Read With BookClubbish pick! It’s an engrossing and powerful story about what a woman can be when what she should be is no longer an option. If you love stories featuring strong women, you’re going to want to read this one!

Are you reading along with us this month?

Make sure to tune into our Facebook page to participate in a LIVE chat with the author on Tuesday, October 20 at 1:00 p.m. EST to get all your questions answered! Can’t make it to the live? No problem! Leave a comment below with your questions for Sarah McCraw Crow.

And, as always, don’t forget to join in on the conversation all month long on social by using the hashtag #ReadWithBookClubbish.

Do you have a question you’d like to ask Sarah McCraw Crow yourself? Let us know in the comments below!

One thought on “Read With BookClubbish October Pick: The Wrong Kind of Woman by Sarah McCraw Crow”