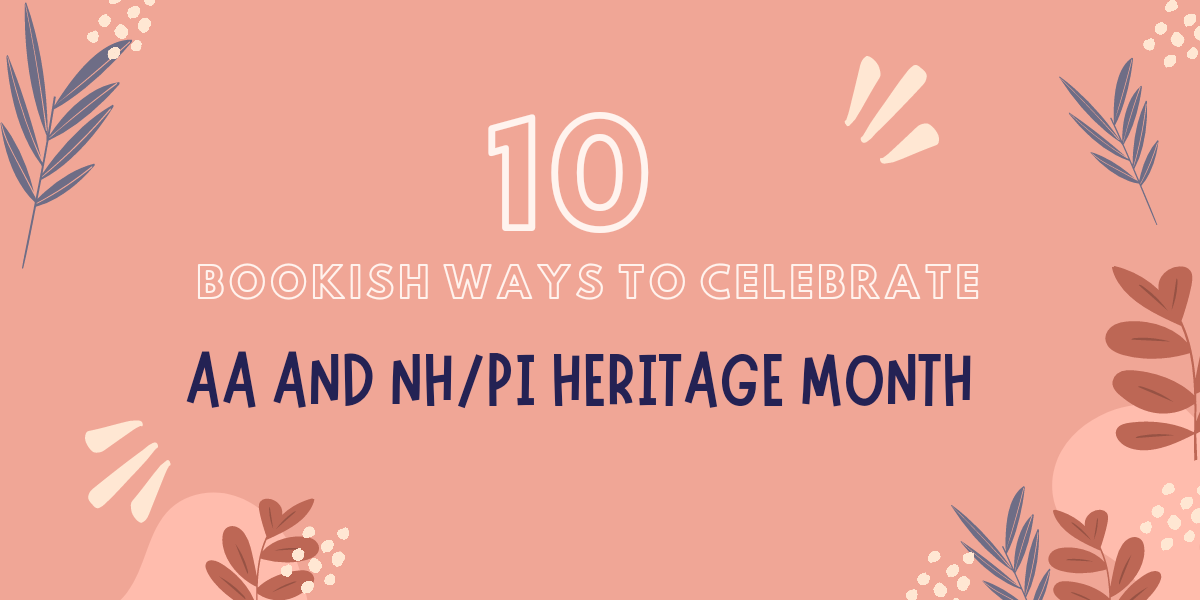 May is Asian American and Native Hawaiian/Pacific Islander Heritage Month and, of course, we could not wait to highlight our authors and stories! These amazing titles deserve the spotlight. Check out the list below to see what books you should be reading and preordering this May (and all year long!).

THE LAST STORY OF MINA LEE BY NANCY JOOYOUN KIM

A profoundly moving and unconventional mother-daughter saga illustrating the devastating realities of being an immigrant in America.

Margot Lee’s mother, Mina, isn’t returning her calls. It’s a mystery to twenty-six-year-old Margot, until she visits her childhood apartment in Koreatown, LA, and finds that her mother has suspiciously died. The discovery sends Margot digging through the past, unraveling her single mother’s life as a Korean War orphan and an undocumented immigrant, realizing how little she truly knew about her mother.

Interwoven with Margot’s present-day search is Mina’s story of her first year in Los Angeles as she navigates the promises and perils of the American myth of reinvention. While she’s barely earning a living, the last thing Mina ever expects is to fall in love. But that love story sets in motion a series of events that have consequences for years to come, leading up to the truth of what happened the night of her death.

BEFORE THE COFFEE GETS COLD BY TOSHIKAZU KAWAGUCHI

TALES FROM THE CAFE BY TOSHIKAZU KAWAGUCHI

“With heart and insight…Chencrosses the stakes and imagination of a space opera with the emotional depth and intricacy of a family drama.” —Erika Swyler, bestselling author of Light from Other Stars

Every family has issues. Most can’t blame them on extraterrestrials.

Evie Shao and her sister, Kass, aren’t on speaking terms. Fifteen years ago on a family camping trip, their father and brother vanished. Their dad turned up days later, dehydrated and confused—and convinced he’d been abducted by aliens. Their brother, Jakob, remained missing. The women dealt with it very differently. Kass, suspecting her college-dropout twin simply ran off, became the rock of the family. Evie traded academics to pursue alien conspiracy theories, always looking for Jakob.

When Evie’s UFO network uncovers a new event, she goes to investigate. And discovers Jakob is back. He’s different—older, stranger, and talking of an intergalactic war—but the tensions between the siblings haven’t changed at all. If the family is going to come together to help Jakob, then Kass and Evie are going to have to fix their issues, and fast. Because the FBI is after Jakob, and if their brother is telling the truth, possibly an entire space armada, too.

The perfect combination of action, imagination and heart, Light Years from Home is a touching drama about a challenge as difficult as saving the galaxy: making peace with your family…and yourself.

THE OLD WOMAN WITH THE KNIFE BY GU BYEONG

At sixty-five, Hornclaw is beginning to slow down. She lives modestly in a small apartment, with only her aging dog, a rescue named Deadweight, to keep her company. There are expectations for people her age—that she’ll retire and live out the rest of her days quietly. But Hornclaw is not like other people. She is an assassin.

Double-crossers, corporate enemies, cheating spouses—for the past four decades, Hornclaw has killed them all with ruthless efficiency, and the less she’s known about her targets, the better. But now, nearing the end of her career, she has just slipped up. An injury leads her to an unexpected connection with a doctor and his family. But emotions, for an assassin, are a dangerous proposition. As Hornclaw’s world closes in, this final chapter in her career may also mark her own bloody end.

A sensation in South Korea, and now translated into English for the first time by Chi-Young Kim, The Old Woman with the Knife is an electrifying, singular, mordantly funny novel about the expectations imposed on aging bodies and the dramatic ways in which one woman chooses to reclaim her agency.

THE SECRET KEEPER OF JAIPUR BY ALKA JOSHI

A NEW NOVEL BY THE AUTHOR OF THE HENNA ARTIST,  A REESE’S BOOK CLUB PICK

“Captivated me from the first chapter to the last page.” —Reese Witherspoon on The Henna Artist

THE HENNA ARTIST BY ALKA JOSHI

Vivid and compelling in its portrait of one woman’s struggle for fulfillment in a society pivoting between the traditional and the modern.

Known for her original designs and sage advice, Lakshmi must tread carefully to avoid the jealous gossips who could ruin her reputation and her livelihood. As she pursues her dream of an independent life, she is startled one day when she is confronted by her husband, who has tracked her down these many years later with a high-spirited young girl in tow—a sister Lakshmi never knew she had.

THE LAST EXILES BY ANN SHIN

An unforgettable saga inspired by true events, The Last Exiles is a searing portrait of a young couple in Pyongyang and their fight for love and freedom

Jin and Suja met and fell in love while studying at university in Pyongyang. She was a young journalist from a prominent family, while he was from a small village of little means. Outside the school, North Korea has fallen under great political upheaval, plunged into chaos and famine. When Jin returns home to find his family starving, their food rations all but gone, he makes a rash decision that will haunt him for the rest of his life.

Meanwhile, miles away, Suja has begun to feel the tenuousness of her privilege when she learns that Jin has disappeared. Risking everything, and defying her family, Suja sets out to find him, embarking on a dangerous journey that leads her into a dark criminal underbelly and tests their love and will to survive.

In this vivid and moving story, award-winning filmmaker Ann Shin offers a rare glimpse at life inside the guarded walls of North Korea and the harrowing experiences of those who are daring enough to attempt escape. Inspired by real stories of incredible bravery, The Last Exiles is a stunning debut about love, sacrifice and the price of liberty.