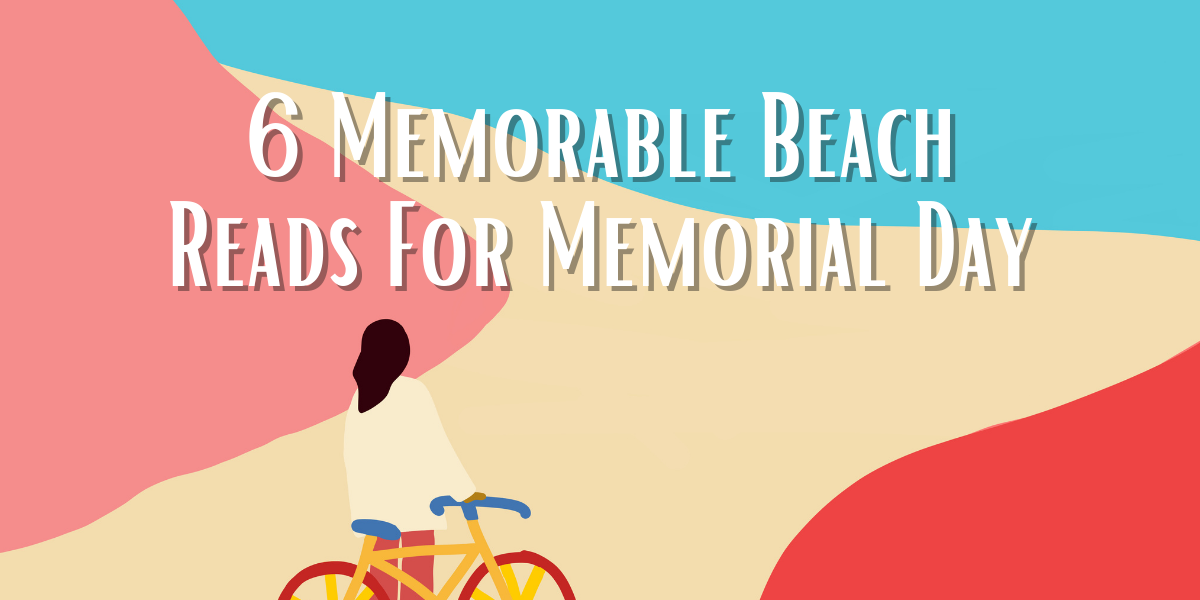 The birds are chirping, the sun is shining, and the breeze is breezy! This could only mean one thing, Memorial Day! Unsure of which book from your TBR is going to come with you to the beach? Why not treat yourself and pick up one of the fresh reads below! They all have such sunny covers that they will guarantee* that you will have nice weather.

*we can’t guarantee anything weather-related, despite how much we wish we could. May the odds ever be in your favor!

When Joanna Whitman’s famous ex-husband dies in a car accident, she doesn’t know what to feel. Their dysfunctional marriage held more painful secrets than she cares to remember. But when she discovers that the young woman with him in the crash is pregnant, Joanna feels compelled to act, knowing exactly how brutal the media spotlight will be on celebrity chef Cliff Whitman’s ex-wife and his mysterious female friend.

Ashley Blake can’t believe it when Joanna shows up in her hospital room and suggests they hide away at her beach house on a sleepy stretch of California coast. Joanna should be hating her, not helping her. But alone and pregnant, Ashley can’t turn down Joanna’s offer. Yet she knows that if Joanna ever found out the real reason Ashley was in that car, their tentative bond would shatter instantly.

Joanna’s only goal for the summer is privacy, but her return causes major waves in the local community, especially for the man she left behind years ago. All Ashley wants is space to plan for her and her baby’s future, and to avoid causing any trouble for Joanna. But as secrets spill out under the hot summer sun, this unlikely friendship is about to be put to the test.

The Summer of No Attachments by Lori Foster

Summer flings with no strings mean nobody gets hurt.
At least, that was the plan…

After putting the brakes on her dead-end relationship, local veterinarian Ivey Anders is ready to soak up this summer on her own terms. The way she sees it, no dating means no disappointment. Why complicate life with anything long-term? But when she meets Corbin Meyer—and his troubled young son, Justin—Ivey’s no-strings strategy threatens to unravel before she can put it into practice.

Trust doesn’t come easy for Ivey’s best friend, Hope Mage, a veterinary-clinic assistant who’s affected by an incident that’s colored every relationship she’s had. Though Hope’s happy for Ivey, she can’t quite open her own heart to the possibility of love. Not just yet… Maybe not ever. Soon, however, she’s faced with a dilemma—Corbin’s older brother, Lang. He’s charming, he’s kind…and he may just be the reason Hope needs to finally tear down her walls.

And as the sweet summer months unspool, the two friends discover love won’t give up on them so easily.

The Summer of Sunshine and Margot by Susan Mallery

The Baxter sisters come from a long line of women with disastrous luck in love. But this summer, Sunshine and Margot will turn disasters into destiny…

As an etiquette coach, Margot teaches her clients to fit in. But she’s never faced a client like Bianca, an aging movie star who gained fame—and notoriety—through a campaign of shock and awe. Schooling Bianca on the fine art of behaving like a proper diplomat’s wife requires intensive lessons, forcing Margot to move into the monastery turned mansion owned by the actress’s intensely private son. Like his incredible home, Alec’s stony exterior hides secret depths Margot would love to explore. But will he trust her enough to let her in?

Sunshine has always been the good-time sister, abandoning jobs to chase after guys who used her, then threw her away. No more. She refuses to be “that girl” again. This time, she’ll finish college, dedicate herself to her job as a nanny, and she 100 percent will not screw up her life again by falling for the wrong guy. Especially not the tempting single dad who also happens to be her boss.

Master storyteller Susan Mallery weaves threads of family drama, humor, romance and a wish-you-were-there setting into one of the most satisfying books of the year!

“We’re going to need a bigger beach bag.” Which of these beachy reads are coming with you? Let us know in the comments below!