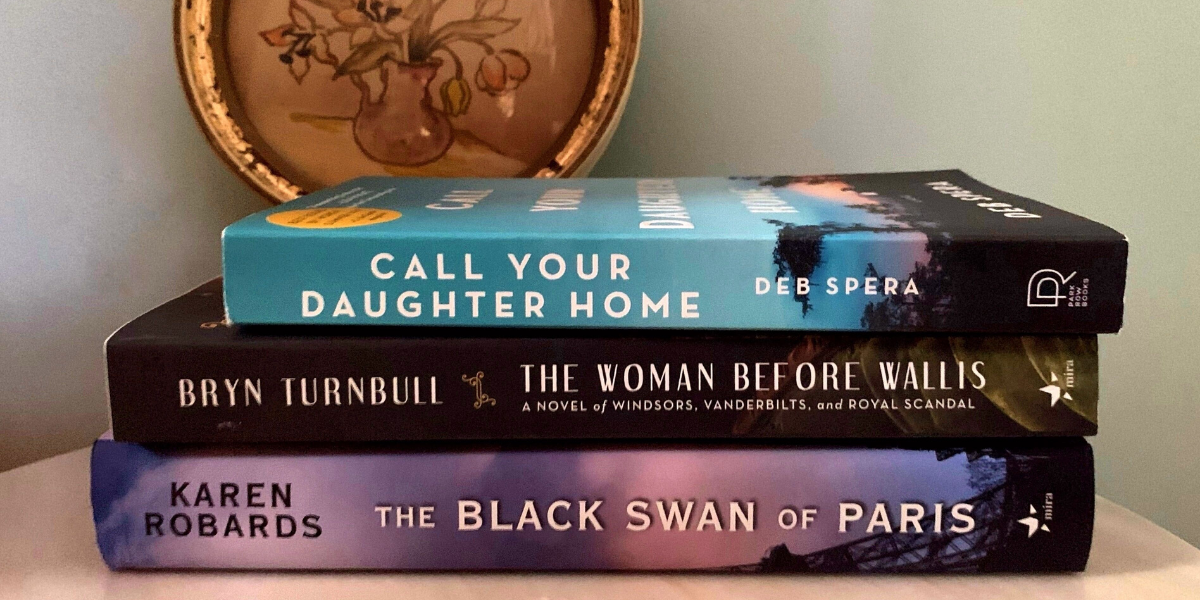 This season, escape into a different time period with these historical fiction reads! From South Carolina, 1924 to Paris, 1944 and everywhere in between, these five historical fiction books will take you on compelling journeys. What are you waiting for? Start exploring them below!

The Black Swan of Paris by Karen Robards

Inspired by real places and events of WWII, Red Sky Over Hawaii immerses the reader in a time of American history full of suspicion and peril in this lush and poignant tale about the indisputable power of doing the right thing against all odds.

The attack on Pearl Harbor changes everything for Lana Hitchcock. Arriving home on the Big Island too late to reconcile with her estranged father, she is left alone to untangle the clues of his legacy, which lead to a secret property tucked away in the remote rain forest of Kilauea volcano. When the government starts taking away her neighbors as suspected sympathizers, Lana shelters two young German girls, a Japanese fisherman and his son. As tensions escalate, they are forced into hiding—only to discover the hideaway house is not what they expected.

When a detainment camp is established nearby, Lana struggles to keep the secrets of those in her care. Trust could have dangerous consequences. As their lives weave together, Lana begins to understand the true meaning of family and how the bonds of love carry us through the worst times.

How We Disappeared by Jing-Jing Lee

A mesmerizing novel of World War II Singapore, “a story about memory, trauma, and ultimately love” (New York Times)—for fans of Pachinko and We Were the Lucky Ones

Singapore, 1942. As Japanese troops sweep down Malaysia and into Singapore, a village is ransacked, leaving only two survivors and one tiny child.

In a neighboring village, seventeen-year-old Wang Di is strapped into the back of a troop carrier and shipped off to a Japanese military brothel where she is forced into sexual slavery as a “comfort woman.” After sixty years of silence, what she saw and experienced still haunts her.

In the year 2000, twelve-year-old Kevin is sitting beside his ailing grandmother when he overhears a mumbled confession. He sets out to discover the truth, wherever it might lead, setting in motion a chain of events he never could have foreseen.

Weaving together two timelines and two very big secrets, this stunning debut opens a window on a little-known period of history, revealing the strength and bravery shown by numerous women in the face of terrible cruelty. Drawing in part on her family’s experiences, Jing-Jing Lee has crafted a profoundly moving, unforgettable novel about human resilience, the bonds of family and the courage it takes to confront the past.