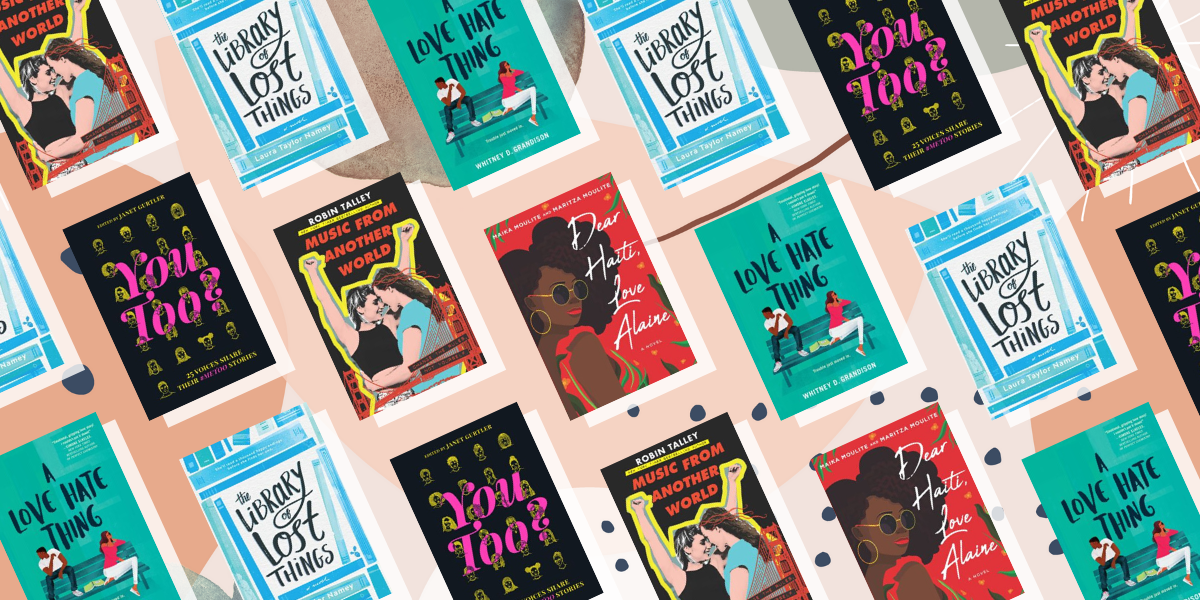 Love YA? So do we! We asked our friends over at Inkyard Press to give us some reading recommendations that appeal to folks of all ages. Whether you love sweet coming-of-age stories or you’re looking for thought-provoking nonfiction, we’re sure there’s least one book in this list that’ll land in your TBR jar.

Alaine Beauparlant has heard about Haiti all her life…

But the stories were always passed down from her dad—and her mom, when she wasn’t too busy with her high-profile newscaster gig. But when Alaine’s life goes a bit sideways, it’s time to finally visit Haiti herself.

What she learns about Haiti’s proud history as the world’s first black republic (with its even prouder people) is one thing, but what she learns about her own family is another. Suddenly, the secrets Alaine’s mom has been keeping, including a family curse that has spanned generations, can no longer be avoided.

It’s a lot to handle, without even mentioning that Alaine is also working for her aunt’s nonprofit, which sends underprivileged kids to school and boasts one annoyingly charming intern.

But if anyone can do it all…it’s Alaine.

You Too? by Janet Gurtler

When #MeToo went viral, Janet Gurtler was among the millions of people who began to reflect on her past experiences. Things she had reluctantly accepted—male classmates groping her at recess, harassment at work—came back to her in startling clarity. She needed teens to know what she had not: that no young person should be subject to sexual assault, or made to feel unsafe, less than or degraded.

You Too? was born out of that need. By turns thoughtful and explosive, these personal stories encompass a wide range of experiences and serve as a reminder to readers that they, too, have a voice worthy of being heard—and that only by listening and working together can we create change.

The Library of Lost Thing by Laura Taylor Namey

Fangirl meets Jane Austen in this deeply heartfelt love story about hiding the worst parts of ourselves, and the people who love us anyway.

“How could I open that door and let him see the messiest part of me?”

From the moment she first learned to read, literary genius Darcy Wells has spent most of her time living in the worlds of her books. There, she can avoid the crushing reality of her mother’s hoarding and pretend her life is simply ordinary.

But then Asher Fleet, a former teen pilot with an unexpectedly shattered future, walks into the bookstore where she works…and straight into her heart. For the first time in her life, Darcy can’t seem to find the right words. Fairy tales are one thing, but real love makes her want to hide behind her carefully constructed ink-and-paper wall.

Still, after spending her whole life keeping people out, something about Asher makes Darcy want to open up. But securing her own happily-ever-after will mean she’ll need to stop hiding and start living her own truth—even if it’s messy.

When they’re stuck under one roof, the house may not be big enough for their hate…or their love.

Despite having been shot, Tyson Trice has survived the mean streets of Lindenwood, so nothing can faze him—not even being tossed into the affluent coastal community of Pacific Hills.

Nandy Smith, the golden girl of Pacific Hills, is not pleased when she hears her parents are taking in a troubled teen boy. Nandy suddenly fears her summer plans, as well as her reputation, will go up in flames.

The wall between Trice and Nandy’s bedrooms feels as thin as the line between love and hate. Through time, Trice brings Nandy out of her shell, and Nandy attempts to melt the ice that’s taken over Trice’s heart. Only, with the ever-present pull back to the Lindenwood streets, it’ll be a wonder if Trice makes it through this summer at all.

Let us know what your favorite YA novel is?