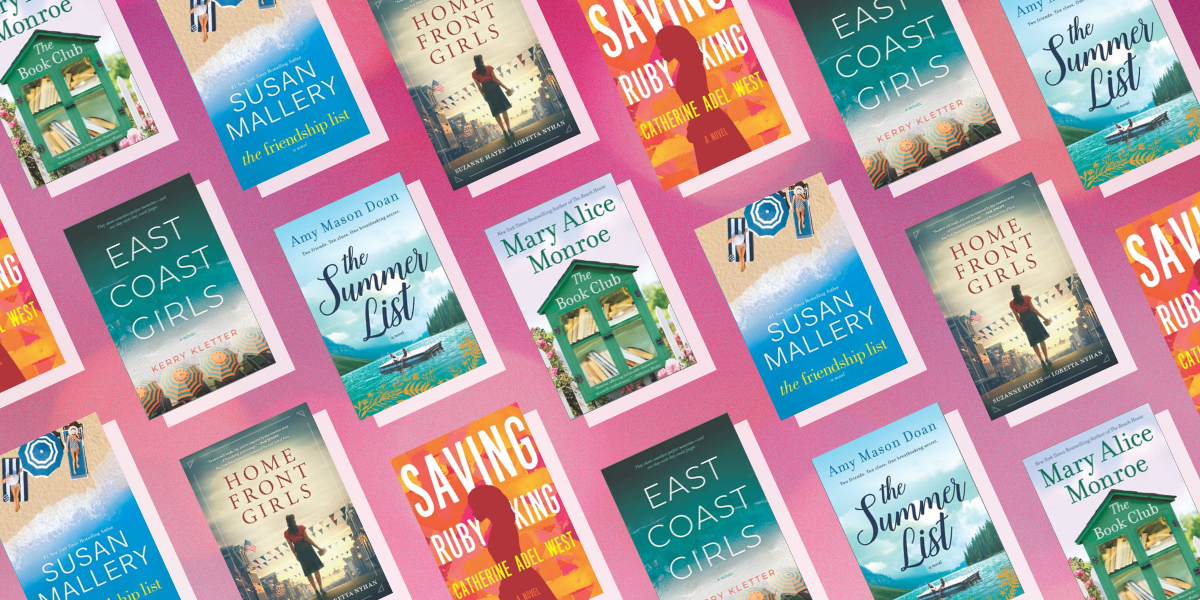 Friendship is so important—now more than ever. Did you know that July 30 was International Friendship Day? In honor of this great day, we’ve rounded up six books that show us how amazing friends can stick together through thick and thin.

Ellen and Unity are such close friends they are practically sisters!

[ ] Wear a bikini in public

Two best friends jump-start their lives in a summer that will change them forever…Single mom Ellen Fox couldn’t be more content—until she overhears her son saying he can’t go to his dream college because she needs him too much. If she wants him to live his best life, she has to convince him she’s living hers.

On the surface, it is a monthly book club. But for five women, it is so much more.

For Eve Porter, whose husband’s sudden death cheats her of every security she had planned on, the club is a place of sanctuary. For Annie Blake, a brilliant attorney intent on starting a family late in life, it is the chance to finally let down her guard and dream of other possibilities. For Doris Bridges, it is her support group as she acknowledges her dying marriage and finds the ultimate freedom in her husband’s betrayal. For Gabriella Rivera, the “perfect” wife, mother and friend who offers support to everyone but is afraid to ask for it herself, it is a sense of community. And for Midge Kirsch, an artist who has always lived her life against the grain, it is a haven of acceptance.

They are five women from different walks of life, embracing the challenge of change. And as they share their hopes and fears and triumphs, they will hold fast to the true magic of the book club—friendship.

Family. Faith. Secrets. Everything in this world comes full circle.

Named a Best Book of Summer by PopSugar, Coastal Living, Family Circle, and The Globe & Mail

But the past is impossible to escape, and now, after seventeen years away, Laura is pulled home and into a reunion with Casey she can’t resist—one last scavenger hunt. With a twist: this time, the list of clues leads to the settings of their most cherished summer memories. From glistening Jade Cove to the vintage skating rink, each step they take becomes a bittersweet reminder of the friendship they once shared. But just as the game brings Laura and Casey back together, the clues unravel a stunning secret that threatens to tear them apart…

Mesmerizing and unforgettable, Amy Mason Doan’s The Summer List is about losing and recapturing the person who understands you best—and the unbreakable bonds of girlhood

Loneliness is built into the fabric of this war, isn’t it? I say a little prayer before I stick my hand in the mailbox. The “Rockport, Massachusetts” stamp on the front of an envelope means the clouds will part, revealing a brilliant sun….

It’s January 1943 when Rita Vincenzo receives her first letter from Glory Whitehall. Glory is an effervescent young mother from New England, impulsive and free as a bird. Rita is a Midwestern professor’s wife with a love of gardening and a generous, old soul. These two women have nothing in common except one powerful bond: the men they love are fighting in a war a world away from home.

Brought together by an unlikely twist of fate, Glory and Rita begin a remarkable correspondence. The friendship forged by their letters allows them to survive the loneliness and uncertainty of waiting on the home front, and gives them the courage to face the battles raging in their very own backyards. Connected across the country by the lifeline of the written word, each woman finds her life profoundly altered by the other’s unwavering support.

Filled with unforgettable characters and unbridled charm, Home Front Girls is a timeless celebration of the strength and solidarity of women. It is a luminous reminder that even in the darkest of times, true friendship will carry us through.

Share one of these books with your friends and let us know how it goes!