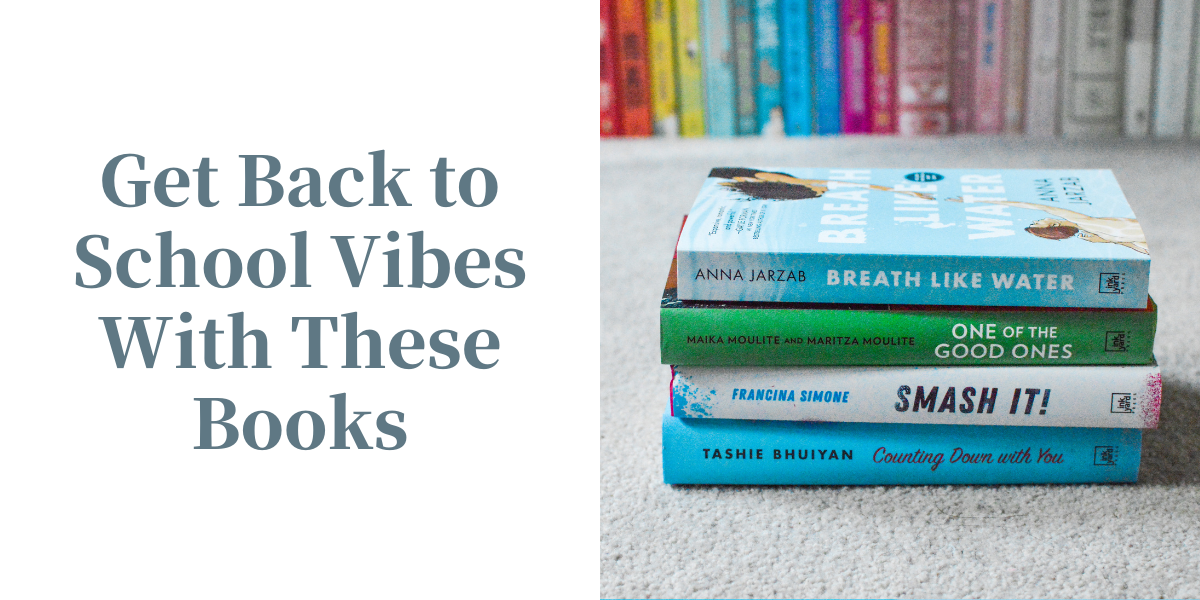 Ah, back to school. You either loved it or hated it as a kid…but you can’t deny feeling a little bit nostalgic during this time of the year. There’s just so many feelings to unpack, from nervous butterflies to hopeful new beginnings and all the (sometimes crazy) ups and downs in between. That’s why we’ve compiled a list of some books that give us those back to school vibes…and then some!

Counting Down with You by Tashie Bhuiyan

In this sparkling and romantic YA debut, a reserved Bangladeshi teenager has twenty-eight days to make the biggest decision of her life after agreeing to fake date her school’s resident bad boy.

“I. Love. This. Book.” —Mark Oshiro, award-winning author of Anger Is a Gift and Each of Us a Desert

“A must-have addition to any YA bookshelf.” —Sabina Khan, author of Zara Hossain Is Here and The Love and Lies of Rukhsana Ali

Come On In by Adi Alsaid

This exceptional and powerful anthology explores the joys, heartbreaks and triumphs of immigration, with stories by critically acclaimed and bestselling YA authors who are shaped by the journeys they and their families have taken from home—and to find home.

From some of the most exciting bestselling and up-and-coming YA authors writing today…journey from Ecuador to New York City and Argentina to Utah…from Australia to Harlem and India to New Jersey…from Fiji, America, Mexico and more… Come On In.

With characters who face random traffic stops, TSA detention, customs anxiety, and the daunting and inspiring journey to new lands…who camp with their extended families, dance at weddings, keep diaries, teach ESL…who give up their rooms for displaced family, decide their own answer to the question “where are you from?” and so much more… Come On In illuminates fifteen of the myriad facets of the immigrant experience, from authors who have been shaped by the journeys they and their families have taken from home—and to find home.

“Expansive, romantic, and powerful.” —Gayle Forman, #1 New York Times bestselling author of If I Stay and I Have Lost My Way

Susannah Ramos has always loved the water. A swimmer whose early talent made her a world champion, Susannah was poised for greatness in a sport that demands so much of its young. But an inexplicable slowdown has put her dream in jeopardy, and Susannah is fighting to keep her career afloat when two important people enter her life: a new coach with a revolutionary training strategy, and a charming fellow swimmer named Harry Matthews.

As Susannah begins her long and painful climb back to the top, her friendship with Harry blossoms into passionate and supportive love. But Harry is facing challenges of his own, and even as their bond draws them closer together, other forces work to tear them apart. As she struggles to balance her needs with those of the people who matter most to her, Susannah will learn the cost—and the beauty—of trying to achieve something extraordinary.

What book’s going to be put on your reading list this season? Let us know in the comments below