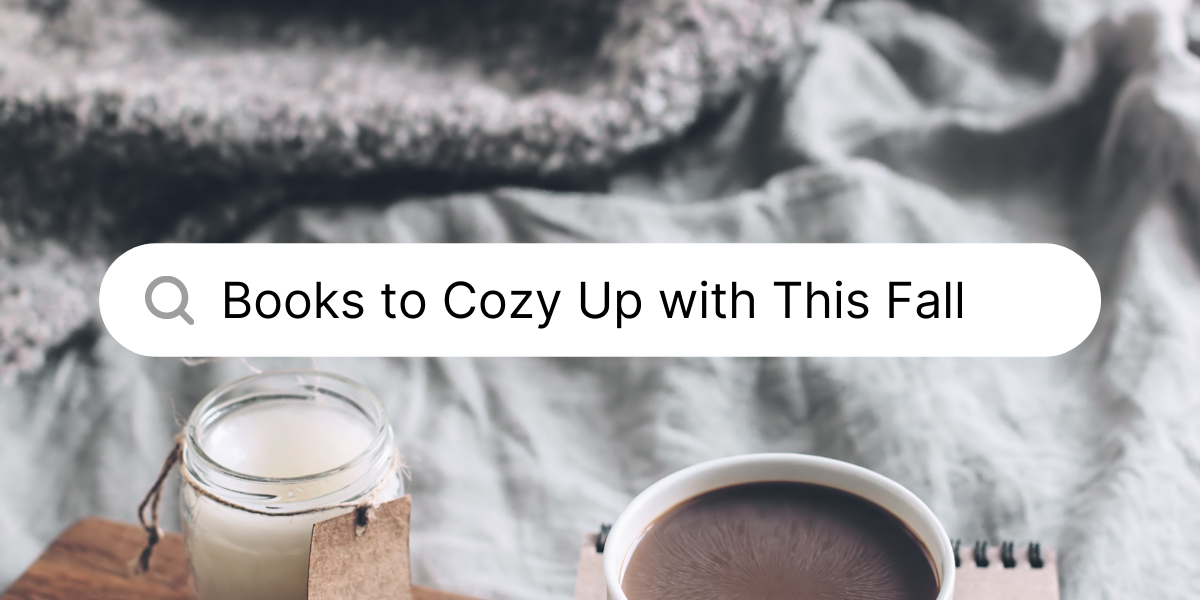 Cooler temperatures call for cozier reads. Now’s the perfect time to dive into sweet small-town romance, a dark and evocative mystery or a quirky bestseller. So grab yourself a warm drink and get reading!

Before the Coffee Gets Cold by Toshikazu Kawaguchi

The Heartbreaker of Echo Pass by Maisey Yates

Shy Iris Daniels is on a mission to shake up her life. She’s sick of being underestimated, and she’s got a new business plan to prove it. The one thing she didn’t factor in is her new landlord, Griffin Chance. The gruff mountain man isn’t what she expected, but Iris recognizes the pain in his eyes. Yet the attraction he ignites is much more unfamiliar…and might be the perfect chance for Iris to embrace the adventure she yearns for.

Griffin Chance knows firsthand how senseless the cards dealt in life can be. He wouldn’t have isolated himself on a remote mountain ridge if he didn’t. Innocent Iris craves excitement, and he’s a man who thought he’d forgotten how to feel. But when their connection grows deeper than either of them anticipated, Griffin has to decide if he can put down the pain of his past and step into a love he never believed possible.

“A luminous celebration of all types of love, threaded with the message that everyone is worthy of it.”—Rachel Lynn Solomon, author of The Ex Talk

April in Spain by John Banville

On the idyllic coast of San Sebastian, Spain, Dublin pathologist Quirke is struggling to relax, despite the beaches, cafés and the company of his disarmingly lovely wife. When he glimpses a familiar face in the twilight at Las Acadas bar, it’s hard at first to tell whether his imagination is just running away with him.

Because this young woman can’t be April Latimer. She was murdered by her brother, years ago—the conclusion to an unspeakable scandal that shook one of Ireland’s foremost political dynasties.

Unable to ignore his instincts, Quirke makes a call back home to Ireland and soon Detective St. John Strafford is dispatched to Spain. But he’s not the only one en route. A relentless hit man is on the hunt for his latest prey, and the next victim might be Quirke himself.

Sumptous, propulsive and utterly transporting, April in Spain is the work of a master writer at the top of his game.

In the tiny timber town of Cordelia, Idaho, ninety-nine year old Weldon Applegate recounts his life in all its glory, filled with tall tales writ large with murder, mayhem, avalanches and bootlegging. It’s the story of dark pine forests brewing with ancient magic, and Weldon’s struggle as a boy to keep his father’s inherited timber claim, the Lost Lot, from the ravenous clutches of Linden Laughlin.

Ever since young Weldon stepped foot in the deep Cordelia woods as a child, he dreamed of joining the rowdy ranks of his ancestors in their epic axe-swinging adventures. Local legend says their family line boasts some of the greatest lumberjacks to ever roam the American West, but at the beginning of the twentieth century, the jacks are dying out, and it’s up to Weldon to defend his family legacy.

Braided with haunting saloon tunes and just the right dose of magic, The Great Glorious Goddamn of It All is a novel bursting with heart, humor and an utterly transporting adventure that is sure to sweep you away into the beauty of the tall snowy mountain timber.

Let us know in the comments what book you will be cozying up to.