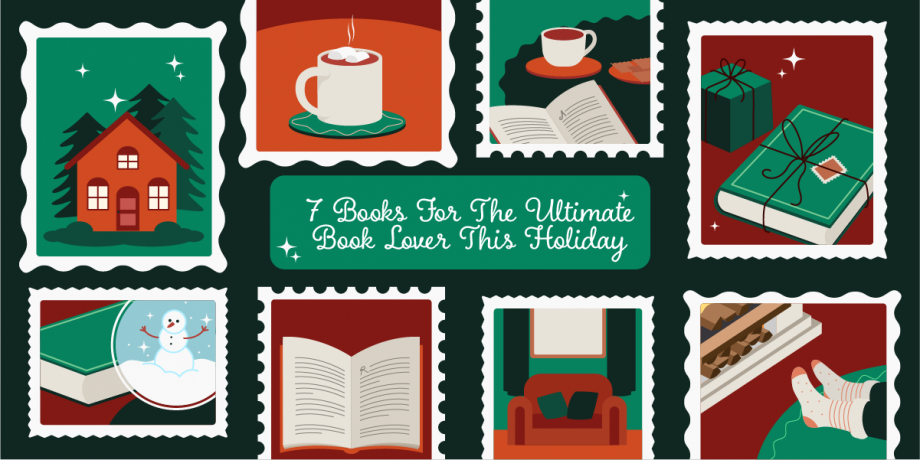 What do you get for that person that loves books? No, it’s not a trick question. The answer is more books. And what books are better than books about book (how many times can we say ‘books’, you ask? The limit does not exist). If your local bookworm hasn’t gotten their hands on these gripping reads yet, well say no more and prepare the TBR for 7 unputdownable reads!

The Messy Lives of Book People by Phaedra Patrick

Mother of two Liv Green barely scrapes by as a maid to make ends meet, often finding escape in a good book while daydreaming of becoming a writer herself. So she can’t believe her luck when she lands a job housekeeping for her personal hero, megabestselling author Essie Starling, a mysterious and intimidating recluse. The last thing Liv expected was to be the only person Essie talks to, which leads to a tenuous friendship.

When Essie passes away suddenly, Liv is astonished to learn that her dying wish was for Liv to complete her final novel. But to do so Liv will have to step into Essie’s shoes. As Liv begins to write, she uncovers secrets from the past that reveal a surprising connection between the two women—one that will change Liv’s own story forever…

That was what Elliot—the beloved co-owner of Over the Rainbow Bookshop—believed before his untimely passing. He always had the perfect book suggestion for the self-proclaimed Book Hater. Now his grief-ridden business partner, Irma, has agreed to sell the cozy Over the Rainbow to condo developers.

But others won’t give up the bookshop without a fight. When Irma breaks the news to her daughters, Bree and Laney, and Elliot’s romantic partner, Thom, they are aghast. Over the Rainbow has been Bree and Laney’s sanctuary since childhood, and Thom would do anything to preserve Elliot’s legacy. Together they conspire to save the bookshop, even if it takes some snooping, gossip and minor sabotage.

Filled with humor, family hijinks and actual reading recommendations, The Book Haters’ Book Club is the ideal feel-good read. It’s a love letter to everyday heroes—those booksellers and librarians dedicated to putting the right books in the right hands every day.

An ambitious and persistent Capricorn will find a kindred spirit in this thrilling novel about real-life literary icon Nancy Mitford.

The Stolen Book of Evelyn Aubrey by Serena Burdick

What if you could write a new ending for yourself?

England, 1898. When Evelyn first married the famous novelist William Aubrey, she was dazzled by his brilliance. But their newlywed bliss is brief when William is gripped by writer’s block, and he becomes jealous of Evelyn’s writing talent. When he commits the ultimate betrayal—stealing a draft of her novel and passing it off as his own—Evelyn decides to write her way out of their unhappy marriage.

California, 2006. Abigail always wondered about her father, his identity forever lost when her mother unexpectedly died. Or so Abigail thought, until she stumbled upon his photo and a message that her great-great-grandmother was the author Evelyn Aubrey, leading Abigail on a journey to England in search for answers. There, she learns of Evelyn’s shocking disappearance and how London society believed she was murdered. But from what she uncovers about Evelyn, Abigail believes her brilliant great-great-grandmother had another plot up her sleeve.

Rich in atmosphere and emotion, The Stolen Book of Evelyn Aubrey tells the story of literary secrets, a family curse and the lengths women will go to take charge of their future.

Talk Bookish To Me by Kate Bromley