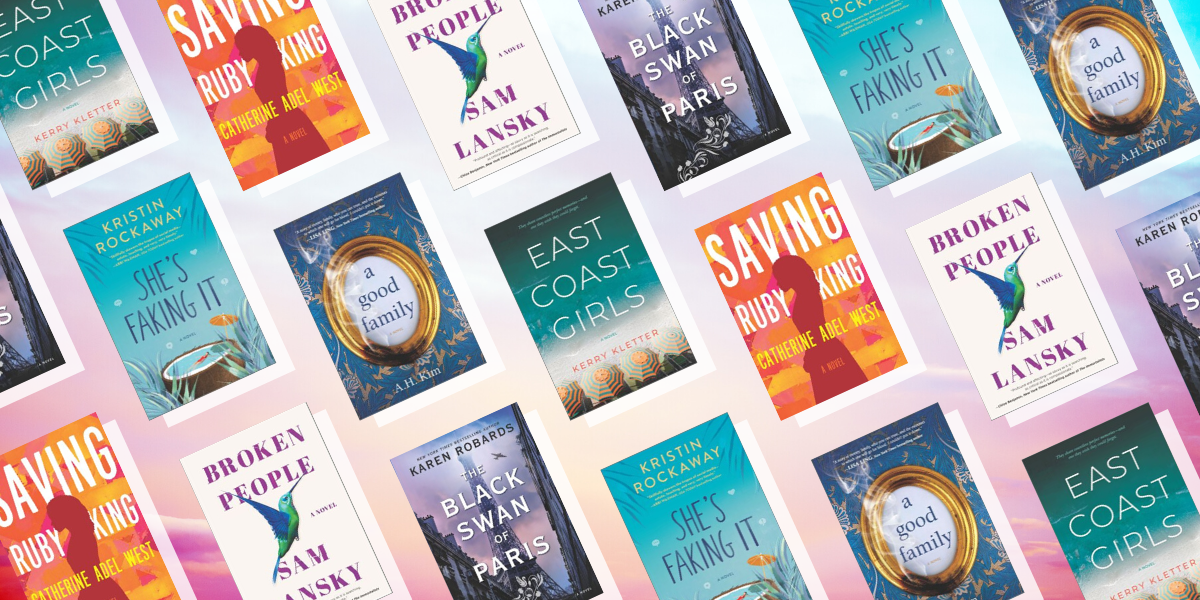 We love our long weekends around here—especially when our TBR lists are full and our days are not! With a few long weekends on the horizon, it’s best to give your bookshelf a little refresh. Here’s a roundup of books that are just perfect for those bright summer days of R&R ahead.

She’s Faking It by Kristin Rockaway

You can’t put a filter on reality.

Bree Bozeman isn’t exactly pursuing the life of her dreams. Then again, she isn’t too sure what those dreams are. After dropping out of college, she’s living a pretty chill life in the surf community of Pacific Beach, San Diego…if “chill” means delivering food as a GrubGetter, and if it means “uneventful”.

But when Bree starts a new Instagram account — @breebythesea — one of her posts gets a signal boost from none other than wildly popular self-help guru Demi DiPalma, owner of a lifestyle brand empire. Suddenly, Bree just might be a rising star in the world of Instagram influencing. Is this the direction her life has been lacking? It’s not a career choice she’d ever seriously considered, but maybe it’s a sign from the universe. After all, Demi’s the real deal… right?

Everything is lining up for Bree: life goals, career, and even a blossoming romance with the chiseled guy next door, surf star Trey Cantu. But things are about to go sideways fast, and even the perfect filter’s not gonna fix it. Instagram might be free, but when your life looks flawless on camera, what’s the cost?

The Black Swan of Paris by Karen Robards

A groundbreaking, incandescent debut novel about coming to grips with the past and ourselves, for fans of Sally Rooney, Hanya Yanagihara and Garth Greenwell

“He fixes everything that’s wrong with you in three days.”

This is what hooks Sam when he first overhears it at a fancy dinner party in the Hollywood hills: the story of a globe-trotting shaman who claims to perform “open-soul surgery” on emotionally damaged people. For neurotic, depressed Sam, new to Los Angeles after his life in New York imploded, the possibility of total transformation is utterly tantalizing. He’s desperate for something to believe in, and the shaman—who promises ancient rituals, plant medicine and encounters with the divine—seems convincing, enough for Sam to sign up for a weekend under his care.

But are the great spirits the shaman says he’s summoning real at all? Or are the ghosts in Sam’s memory more powerful than any magic?

At turns tender and acid, funny and wise, Broken People is a journey into the nature of truth and fiction—a story of discovering hope amid cynicism, intimacy within chaos and peace in our own skin.

Family. Faith. Secrets. Everything in this world comes full circle.

The Bitter and Sweet of Cherry Season by Molly Fader

“A stunning story about family and hope that unfolds unexpectedly but beautifully, like a Michigan summer sunset over an orchard.” —Viola Shipman, bestselling author of The Heirloom Garden and The Summer Cottage

In cherry season, anything is possible…

Everything Hope knows about the Orchard House is from the stories of her late mother. So when she arrives at the northern Michigan family estate late one night with a terrible secret and her ten-year-old daughter in tow, she’s not sure if she’ll be welcomed or turned away with a shotgun by the aunt she has never met.

Hope’s aunt, Peg, has lived in the Orchard House all her life, though the property has seen better days. She agrees to take Hope in if, in exchange, Hope helps with the cherry harvest—not exactly Hope’s specialty, but she’s out of options. As Hope works the orchard alongside her aunt, daughter and a kind man she finds increasingly difficult to ignore, a new life begins to blossom. But the mistakes of the past are never far behind, and soon the women will find themselves fighting harder than ever for their family roots and for each other.

Share with us! Tell us what books you’re planning to read during your next long weekend?