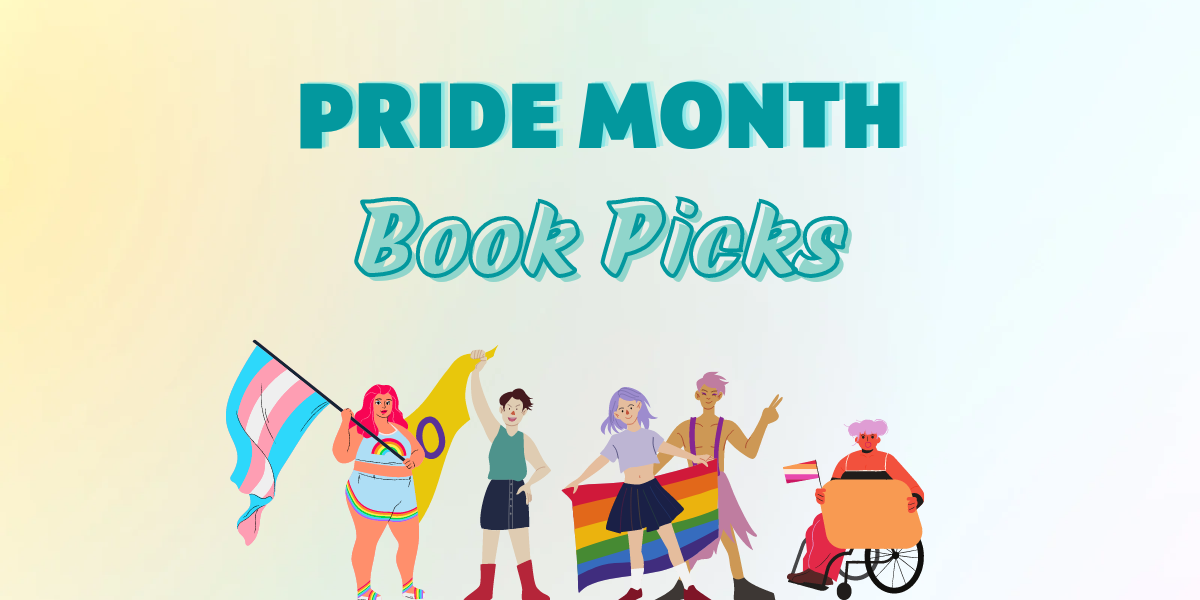 Hey book lovers! Time to freshen that TBR with some amazing Pride-related reads. Read with Pride this June with our amazing selection of LGBTQIAP+ books! From heartfelt coming-of-age stories to futuristic space adventures, Pride books are here today, tomorrow, and all year round.

So Happy For You by Celia Laskey

A wedding weekend spirals out of control in this bold, electrifying, hilarious novel about the complexities of female friendship

Robin and Ellie have been best friends since childhood. When Robin came out, Ellie was there for her. When Ellie’s father died, Robin had her back. But when Ellie asks Robin to be her maid of honor, she is reluctant. A queer academic, Robin is dubious of the elaborate wedding rituals now sweeping the nation, which go far beyond champagne toasts and a bouquet toss. But loyalty wins out, and Robin accepts.

Yet, as the wedding weekend approaches, a series of ominous occurrences lead Robin to second-guess her decision. It seems that everyone in the bridal party is out to get her. Perhaps even Ellie herself.

Manically entertaining, viciously funny and eerily campy, So Happy for You is the ultimate send-up to our collective obsession with the wedding industrial complex and a riveting, unexpectedly poignant depiction of friendship in all its messy glory.

Out There by Saundra Mitchell

Into the queer new yonder!

To conclude the trio of anthologies that started with critically acclaimed All Out and Out Now, Out There features seventeen original short stories set in the future from fantastic queer YA authors.

Explore new and familiar worlds where the human consciousness can be uploaded into a body on Mars…an alien helps a girl decide if she should tell her best friend how she feels…two teens get stuck in a time loop at a space station…people are forced to travel to the past or the future to escape the dying planet…only a nonbinary person can translate the binary code of a machine that predicts the future…everyone in the world vanishes except for two teen girls who are in love.

This essential and beautifully written collection immerses and surprises with each turn of the page.

The Witch King by H.E. Edgmon

Wyatt would give anything to forget where he came from—but a kingdom demands its king.

In Asalin, fae rule and witches like Wyatt Croft…don’t. Wyatt’s betrothal to his best friend, fae prince Emyr North, was supposed to change that. But when Wyatt lost control of his magic one devastating night, he fled to the human world.

Now a coldly distant Emyr has hunted him down. Despite transgender Wyatt’s newfound identity and troubling past, Emyr has no intention of dissolving their engagement. In fact, he claims they must marry now or risk losing the throne. Jaded, Wyatt strikes a deal with the enemy, hoping to escape Asalin forever. But as he gets to know Emyr, Wyatt realizes the boy he once loved may still exist. And as the witches face worsening conditions, he must decide once and for all what’s more important—his people or his freedom.

Let us know how much taller your TBR just got!