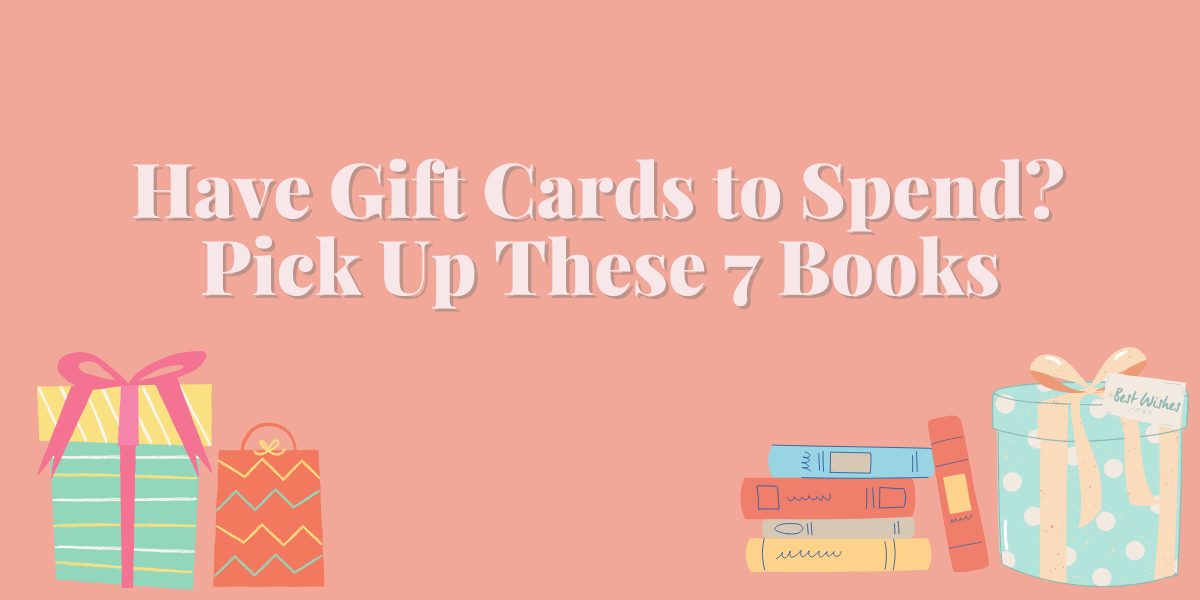 The holidays are over. Perhaps, if you’re like us, you’ve gotten a few gift cards to bookstores (lucky!). Why not treat yourself to a new read? Now’s the perfect time to try a new genre or a new-to-you author. Get ready to break out of your reading comfort zone with these seven books!

The first book in a new series by Hans Rosenfeldt, creator of Netflix’s Emmy Award–winning Marcella.

When human remains are found in the stomach of a dead wolf, Hannah Wester, a policewoman in the remote northern town of Haparanda, Sweden, knows that this summer won’t be like any other. The remains are linked to a bloody drug deal across the border in Finland. But how did the victim end up in the woods outside of Haparanda? And where have the drugs and money gone?

Hannah and her colleagues leave no stone unturned. But time is scarce and they aren’t the only ones looking.

A profoundly moving and unconventional mother-daughter saga illustrating the devastating realities of being an immigrant in America.

Margot Lee’s mother, Mina, isn’t returning her calls. It’s a mystery to twenty-six-year-old Margot, until she visits her childhood apartment in Koreatown, LA, and finds that her mother has suspiciously died. The discovery sends Margot digging through the past, unraveling her single mother’s life as a Korean War orphan and an undocumented immigrant, realizing how little she truly knew about her mother.

Interwoven with Margot’s present-day search is Mina’s story of her first year in Los Angeles as she navigates the promises and perils of the American myth of reinvention. While she’s barely earning a living, the last thing Mina ever expects is to fall in love. But that love story sets in motion a series of events that have consequences for years to come, leading up to the truth of what happened the night of her death.

The Last Wife by Karen Hamilton

Nina and Marie were best friends—until Nina was diagnosed with a terminal illness. Before she died, Nina asked Marie to fulfill her final wishes.

But her mistake was in thinking Marie was someone she could trust.

What Nina didn’t know was that Marie always wanted her beautiful life, and that Marie has an agenda of her own. She’ll do anything to get what she wants.

Marie thinks she can keep her promise to her friend’s family on her own terms. But what she doesn’t know is that Nina was hiding explosive secrets of her own…

Mackenzie Dienes seems to have it all—a beautiful home, close friends and a successful career as an elite winemaker with the family winery. There’s just one problem—it’s not her family, it’s her husband’s. In fact, everything in her life is tied to him. So when she and her husband admit their marriage is over, her pain goes beyond heartbreak. She’s on the brink of losing everything. Her job, her home, her friends and, worst of all, her family.

She can continue to work at the winery, be friends with her mother-in-law, hug her nieces and nephews—but as an employee, nothing more. Or she can surrender every piece of her heart in order to build a legacy of her own. If she can dare to let go of the life she thought she wanted, she might discover something even more beautiful waiting for her beneath a painted moon.

Righteous Troublemakers shines a light on everyday people called to do extraordinary things—like Claudette Colvin, who refused to give up her seat on a segregated bus months before Rosa Parks did the same, and Gwen Carr, whose private pain in losing her son Eric Garner stoked her public activism against police brutality. Sharpton also gives his personal take on more widely known individuals, revealing overlooked details, historical connections, and a perspective informed by years of working in the social justice movement.

At the same time, this book details the tumultuous year following George Floyd’s murder, with Sharpton delivering an up close and personal look at the behind-the-scenes work that forced today’s national reckoning on race. Here, he reveals his relationship with the Floyd family, the emotional moments that impacted him most, and why his work—and ours—isn’t finished.

My Darling Husband by Kimberly Belle

Kimberly Belle returns with her most heart-pounding thriller to date, as a masked home invader reveals the cracks in a marriage.

Jade and Cam Lasky are by all accounts a happily married couple with two adorable kids, a spacious home and a rapidly growing restaurant business. But their world is tipped upside down when Jade is confronted by a masked home invader. As Cam scrambles to gather the ransom money, Jade starts to wonder if they’re as financially secure as their lifestyle suggests, and what other secrets her husband is keeping from her.

Cam may be a good father, a celebrity chef and a darling husband, but there’s another side he’s kept hidden from Jade that has put their family in danger. Unbeknownst to Cam and Jade, the home invader has been watching them and is about to turn their family secrets into a public scandal.

THE WINTER GUEST BY PAM JENOFF

What was the last book you bought yourself? Let us know in the comments!