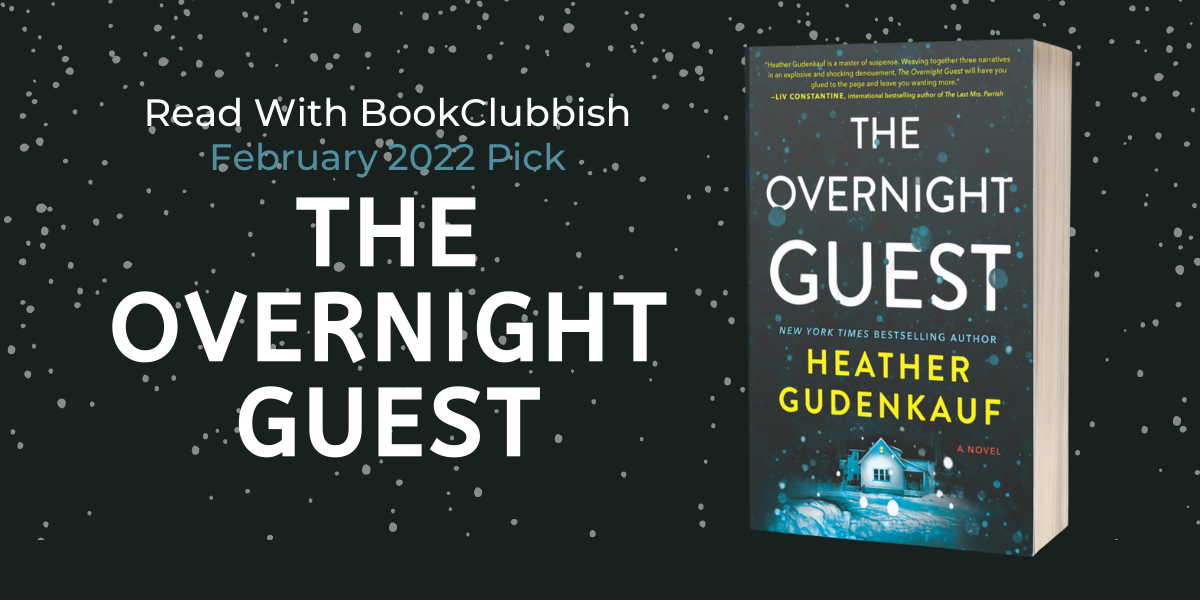 The moment you have been waiting for is finally here! We could not be any more thrilled to sit down with the one and only, Heather Gudenkauf! One might say that 2022 has taken off with a thrilling start (take that as you may), so it was a no-brainer that we had to speak to the thriller queen herself! The Overnight Guest is a thrilling read that makes you wonder if you’re ever truly alone…

Pick up your copy, RVSP to our Facebook event happening on February 22nd, 2022, at 1:00 p.m. EST and dig in! Don’t forget to join in on all the fun by following @BookClubbish and using the hashtag #ReadWithBookClubbish on social media.

Discussion Questions for The Overnight Guest

Do you have any questions for Heather Gudenkauf? Post them in the comments and we’ll do our best to answer them live on Facebook!