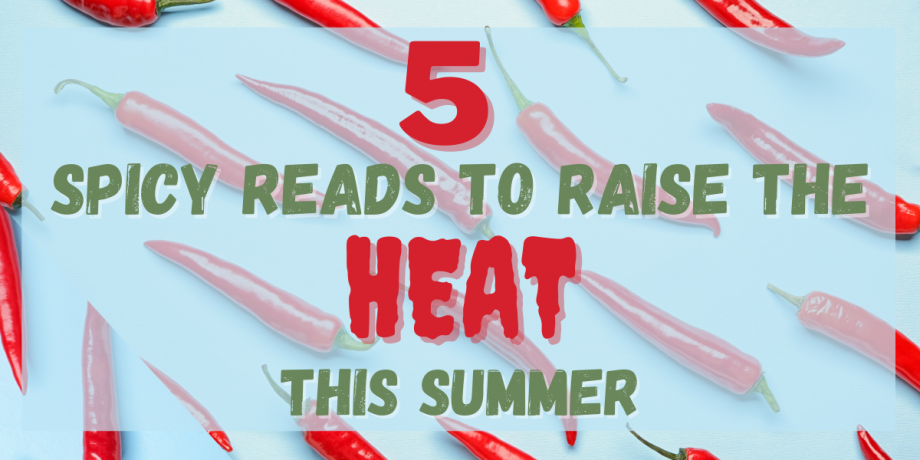 “Don’t judge a book by its cover” has never been truer. Don’t let these unassuming covers fool you, these reads bring the spice, deliver the heat, and will leave you wanting more! We’ve lined up 5 spicy reads for you, but don’t worry, there’s many more to choose from 😏.

The Darkest King by Gena Showalter

To become a king of the underworld at long last, William must resist an irresistible beauty—or a curse will ensure his end…

A merciless prince feared by all…

Cursed by a vengeful witch, William of the Dark will die if he ever falls in love—murdered by the woman who steals his heart. His lone shot at redemption is a book filled with indecipherable code. Break the code, break the curse. Now, centuries later, he’s condemned to a string of one-night stands…until he finds the only woman in the worlds able to set him free.

A rare creature of myth and power…

One of the last living unicorn shifters, Sunday “Sunny” Lane works from the shadows as a cryptanalyst, on the run from assassins and poachers. Then the darkly seductive William abducts her, holding her captive in Hell. The closer they get, the more she hungers for his touch…and the stronger a mystical desire to kill him becomes…

But which desire will prove stronger—lust or death? And who will give in first?

Following Written in the Stars and Hang the Moon, Lambda Literary Award winner and national bestselling author Alexandria Bellefleur pens another steamy queer rom-com about former best friends who might be each other’s second chance at love…

Margot Cooper doesn’t do relationships. She tried and it blew up in her face, so she’ll stick with casual hookups, thank you very much. But now her entire crew has found “the one” and she’s beginning tofeel like a fifth wheel. And then fate (the heartless bitch) intervenes. While touring a wedding venue with her engaged friends, Margot comes face-to-face with Olivia Grant—her childhood friend, her first love, her first… well, everything. It’s been ten years, but the moment they lock eyes, Margot’s cold, dead heart thumps in her chest.

Olivia must be hallucinating. In the decade since she last saw Margot, her life hasn’t gone exactly as planned. At almost thirty, she’s been married… and divorced. However, a wedding planner job in Seattle means a fresh start and a chance to follow her dreams. Never in a million years did she expect her important new client’s Best Woman would be the one that got away.

When a series of unfortunate events leaves Olivia without a place to stay, Margot offers up her spare room because she’s a Very Good Person. Obviously. It has nothing to do with the fact that Olivia is as beautiful as ever and the sparks between them still make Margot tingle. As they spend time in close quarters, Margot starts to question her no-strings stance. Olivia is everything she’s ever wanted, but Margot let her in once and it ended in disaster. Will history repeat itself or should she count her lucky stars that she gets a second chance with her first love?

Complimentary water will be provided after every read.* Let us know which spicy reads you’ve added to your TBR below!

*Not actually, but you will need it.