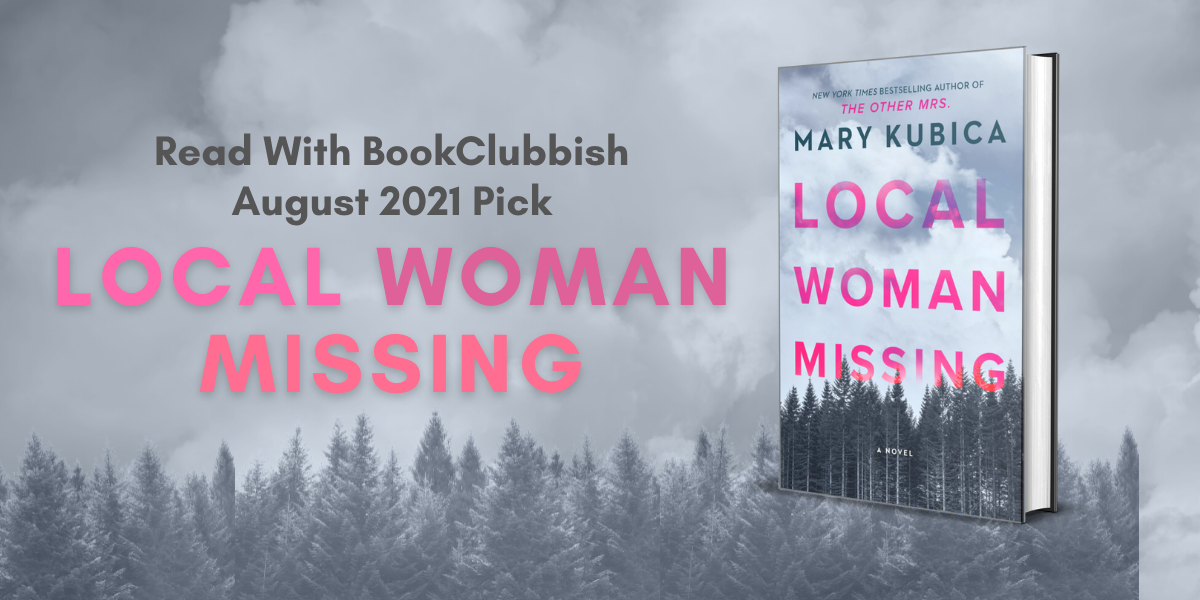 Are you following along with our monthly book club, Read With BookClubbish? If not, the concept’s simple. We pick a book (spoiler alert: we like to switch up genres!), everyone reads it, and then at the end of the month, we host a LIVE Facebook chat with the author! Sounds fun, right?

This month, we’ve picked a suspense book by Mary Kubica that’s sure to cool you off at the beach. Local Woman Missing is a domestic thriller on a whole new level and we’re sure you’re going to love it.

Pick up your copy, RSVP to our Facebook event happening on Tuesday, August 24 at 5:00 p.m. EST, and dig in! Don’t forget to join in on all the fun by following @BookClubbish and using the hashtag #ReadWithBookClubbish on social media.

Do you have a question for Mary Kubica? Post them in the comments and we’ll do our best to answer them live on Facebook!